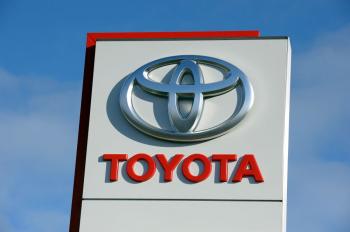 Caroline Dobson
View profile
Follow
biggersmaller
Print
U.S. Job security is likely to be jeopardized by the recent Toyota recall fiasco that has crippled what was once the world’s most trusted car manufacturer, taking into account that the Japanese-owned company operates at least 1,400 dealerships in America.

According to AP, more than 4,600 jobs are at stake for a Northern California auto plant if Toyota halts production at the end of March. Labor leaders said that closing the New United Motor Manufacturing Inc. (NUMMI) plant—the sole remaining automobile assembly plant in California—would be the worst thing Toyota could do while it struggles to regain consumer confidence after several recalls.

Michael Goss, a spokesman for Toyota, said in a statement that there were no plans to change the company’s decision to stop ordering from the plant after March 31. He claimed that Toyota directly and indirectly hires more than 172,000 staff including dealership employees in North America.

State officials warn that thousands of other Californians who work at regional parts suppliers could also lose their jobs if the plant closes. California Treasurer Bill Lockyer said the number of lost jobs could reach 50,000.

“While (the plant) is an independent company, we remain committed to working closely with all those involved to make the transition as smooth as possible,” said Goss. He admitted that the decision was challenging, but it also became a pragmatic move due to General Motors also withdrawing from the venture that dated back to 1984.

With more than 8 million cars recalled worldwide being taken into service centers for a defective floor mat and accelerator pedal design, and at least eight models affected by the negative publicity—the impact is also threatening jobs in the UK.

According to Bloomberg U.S. Data there are 34 deaths connected to the Toyota Motor Corp. Vehicles unexpected acceleration fault says the Transportation Department. In Britain alone about 180,000 cars need their accelerator pedals fixed. With the repair estimated to take a half hour—service centers would be able to undertake 6,000 cars a day. Irrespective of the inconvenience and time loss for those unable to drive their vehicles while being repaired, the pressing predicament of job loss overshadows the effect of the recalls. The Guardian estimates that the Japanese carmaker employs 4,000 staff in the UK: 3,500 in Burnaston and 500 in Deeside. Toyota is determined to protect jobs, even though it recently announced that there was a “surplus” of 750 posts across the country.

To reverse the trend, CBC News reported at least one Calgary auto dealer was employing new staff to handle the avalanche of business due to the Toyota recall of defective gas pedals. Toyota announced the recall of approximately 270,000 cars in Canada. Corry Baum, manager at Stampede Toyota, said the dealership has extended its trading hours and hired extra tech staff to cope with both recall repairs and regular maintenance work.

Furthermore, Vince Greco’s auto repair shop has been getting a lot of calls from customers asking if he can take up the slack as the Toyota dealerships are jammed. While Greco’s shop is not authorized to complete the recall work, his is a licensed Toyota repair shop.

Considering President Obama referring to the “jobs” 23 times in his State of the Union address, the United States is still in the midst of a fragile economic recovery and the role of employment remains imminent.