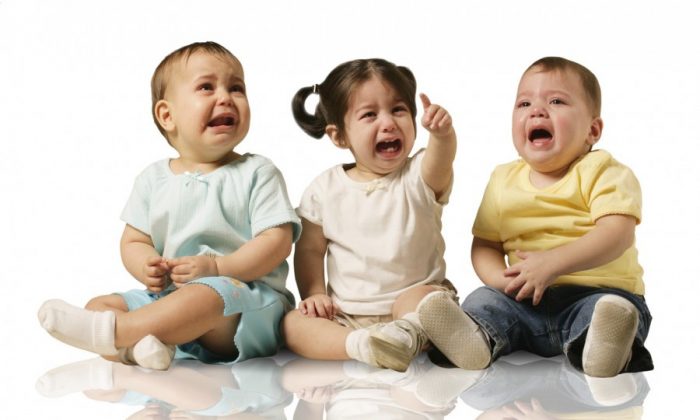 The Embarrassing US Shutdown – How We Got Here

The Dog Finally Catches the Car

Like the dog who finally catches the car, the Tea (Taxed Enough Already) Party Republicans have just what they always wanted. They have brought the US government to its knees because they are blinded by one thought. No government = No taxes.   They have wanted a shutdown since they convinced primary voters to get rid of the sane rational moderate Republicans and won their elections thanks to preventing students, seniors and minority voters from getting to the polls by voter purges, reduced early voting, voter ID laws, and gerrymandering.  By stoking the anger of the populace and limiting the rights of people to vote, the Republican establishment brought this on themselves, but it is still painful to watch.

Women like former Speaker Nancy Pelosi know how to deal with a two year old throwing a tantrum.  You don’t let them have their way.  But current Speaker John Boehner, doesn’t appear to have babysat before becoming Speaker during the reign of the Tea Party.  Boehner is afraid to bring a clean vote to the House floor out of fear of the Tea Party.  He is the accomplice in the Tea Party’s treasonous shutdown by ignoring the roughly 400 other members of the House of Representatives, the entire United States Senate, the White House, the third branch of Government, the Supreme Court, and the majority of the American people who voted AGAINST the guy (Romney) who wanted to repeal the Affordable Care Act, aka Obamacare.

Why the Hastert Rule is a Travesty

Boehner’s behavior and his adherence to the Hastert Rule – which means that you only bring a vote to the floor if a majority of your own party will vote for it, has prevented the majority of the House from getting a say.  This is a travesty and not very democratic. I will explain why.

When I ran for office I knew two important things.
1) The election is a political process.  You need ideas and boots on the ground to get your message, and the vote out.
2) Governing is a different story.  You are now no longer a candidate. You are an elected official, representing everyone in your district. Not just the people who voted for you.  The  folks you represent now, include toddlers, seniors, Americans with disabilities who cannot work, or folks who have no political affiliation at all. But they are still being represented by you.  They depend on you. You are no longer the most interesting man in the room Mr. Candidate. You are now an elected official – a representative in a representative democracy.  You are to make decisions for your entire district, not just your friends.  You are there to work. You are now a civil servant (Emphasis on the word servant).  It is an honor that many fail to rise up to meet.

It can be heady, being an elected official.  People defer to you, cater to you, put you on a pedestal – or a dias. You literally get to look down on your adoring public.  Some of my fellow councilmen or Mayors were enchanted with their newly found fame.  They were all about the photo ops, the ribbon cuttings, the parades. Maybe my experience in the music industry helped me realize just being on stage does not make you virtuous and people give you accolades out of all proportion to your ability to actually earn them. But there is a lot of important reading, quietly, at home to catch up on what the legislation you are voting on is actually about.  Some  “politicians” don’t even bother to read the laws they are voting on.  They are too busy raising money and promising favors to certain donors – and grandstanding at photo ops. It doesn’t matter if you accomplish nothing, what is “perceived” makes all the difference.

When you are an elected official there should be work involved. That means listening, not just speechifying.  You need the grace to look disgruntled citizens in the eye, who may not share your party, when they catch your ear.  You have to really hear what they are saying. You are not there to impose your will on them.  You have to take everyone’s well being into account when you make a decision or craft a law, and you have to think of the unintended consequences.  Like WWII veterans not being able to access Monuments when you cut National Park funding.  Or babies who cannot get special formula because you cut funding for nutrition programs for poor women. Or First Nation tribes whose funding gets cut off when the Department of Interior gets shut down. Or FEMA or NOAA personnel furloughed with a hurricane on the way. Or the EPA shut down while places like Colorado are dealing with energy industry pollution from the floods they just had. Perhaps the Tea Party did think about that, but realized they hate clean air, clean water, Native Americans, and poor babies, while they love the Koch Brothers and energy industry groups who fund their “grassroots” organizations.

My father is a staunch but old-fashioned Republican. He also runs the local food pantry.   I know many old school Republicans, many of whom are pillars of their communities.  I worked very well with my older Republican Councilmen. I look back fondly on my time working with them – especially the ones who volunteered in town for the Fire Department or other organizations like the Boy Scouts.  We got along wonderfully even though we did not agree on everything.   They were old-fashioned, what Chris Mathews would call “cloth coat” conservatives, who actually cared about the town.  But this new crop of Republicans in the House, I don’t recognize.  When did Scrooge (before his come-to-Jesus moment) become the model for the Republican party? When?  I can imagine an 18th century Senator Ted Cruz kicking out the crutch from under Tiny Tim’s little arm, and laughing as he did so.

This shutdown is happening not because of “both parties”. It is happening because the current crop of disappointing Tea Party Republicans in the House of Representatives  have forgotten something their predecessors knew.  They are there to serve ALL the people in their districts, not just the crazy ones.