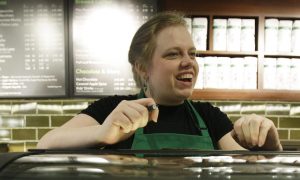 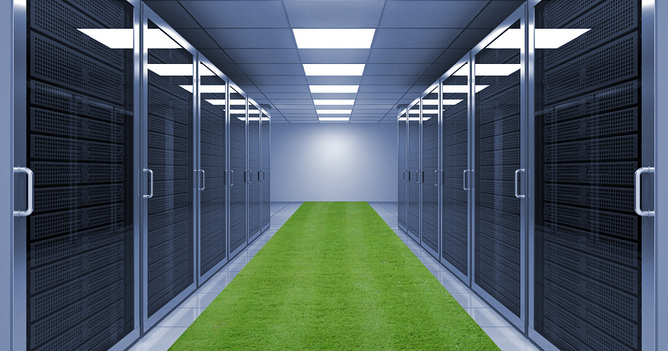 When we think about income and wealth inequalities we are tempted to lay blame on the old way of doing things. In Capital in the Twenty-First Century, Thomas Piketty picks out inherited money as a driver of unsustainable disparities between the global rich and poor. Oxfam recently pinpointed the high-profit finance and pharmaceutical industries as engines of inequality that distribute wealth to the wealthy.

This view is consistent with those who place their faith in the digital economy as some kind of solution. It is held up as an alternative to traditional forms of economic activity, and one which can generate sustainable growth and narrow inequality. Lower barriers of entry into its markets (“anyone can start a business on the internet!”) is said to widen opportunities and lead to a more equitable distribution of wealth.

It is for this reason that many politicians and academics continue to advocate the aggressive expansion of the digital economy, especially into areas which have not witnessed much of this type of economic activity. Sadly, it’s not quite as simple as that.

The expansion of the digital economy has gone hand-in-hand with the growth of the creative industries. The UK’s pioneering development of policy on the creative industries in the late 1990s was predicated partly on the desire to exploit the intellectual property generated by burgeoning digital technology. That applied particularly to those single operators and small businesses that proliferated in the cultural and creative sectors.

What Cities Can Do to Lower Income Inequality

Similar policies have been used in countries at varying levels of development in the early years of the 21st century. Look at the UN’s enthusiastic promotion of the creative economy, and its suggestion that these kind of structural reforms could work in both the developed world and in emerging markets. This explains why much research on developmental economics focuses on narrowing the so-called digital divide in order to give more equal access to a global economic system which promises prosperity for all.

But what if the problem is the digital economy itself rather than our incapacity to fully exploit the opportunities it seemingly presents? The first chapter of Michael Lewis’s book Flash Boys opens with a story about construction workers on a project to lay a tunnel for fibre-optic cables as straight as they possibly could, even if this involved digging through mountains or river beds. The reason: to connect financial exchanges in New York and Chicago by the shortest possible route and give the operators a crucial few milliseconds advantage when processing transactions.

A huge amount of money is required to carry out such projects, and to buy the supercomputers that can manipulate the data and run the trading programs. It starts to look like a rigged game and it is difficult to see how a digital economy in which financial speculation is so prominent can reduce inequality.

Stuck in the Middle With You

There are undoubtedly other sectors of the digital economy where lower barriers of entry do encourage smaller operators. The early development of search engines and social networking were characterised by experimentation by single operators or small groups of people, sometimes students, at home or at university. This pioneering image of isolated entrepreneurs developing great companies from scratch goes hand-in-hand with radical sounding rhetoric about taking on vested interests.

In this worldview, cutting out the middle man, a superfluous type of employee who will not move with the times, is seen as a demonstrably good thing. Thus, taxi drivers who complain about having their business taken away by Uber are often described as inflexible and prone to over-charging. But the middle-man has not disappeared in the digital economy; they have just got richer.

Think of the music industry. Online stores have resulted in the loss of many jobs as a result of physical record stores closing down. However, our changing habits have not cut out the middle-man. We buy most of our music from intermediaries like Apple. Even record labels, seemingly superfluous to the online music industry, continue to flourish.

In other words, while the poorer middle-men – record store assistants, or taxi drivers – have been ruthlessly squeezed, wealthier intermediaries continue to prosper. Even the supposedly lower barriers to entry in these industries have not prevented monopolies emerging in online markets in a way that is not as prominent in markets offline.

A Role for Universities

It would be easy to finish this piece with a long list of proposed solutions to these inequities. But what is really needed is the necessary intellectual work of persuading wider society that the digital economy does indeed pose problems. This is not helped by the sense that higher education, one of the best placed sectors to lead this debate, is not always up to this task.

While the views that are expressed in this article are shared by many in this sector, It is often difficult to seek institutional support for research in this area when the coalition government’s policy of requiring humanities-based schools and departments to be financially self-sustaining has driven many of them into the arms of big business or into partnership with STEM (Science, Technology, Engineering and Mathematics) colleagues who might not be as interested in a critical examination of the foundations of the digital economy.

Many of these solutions involve digital technology, with big data being the latest whose application promises to address various social and economic woes. How welcome it would be if funding bodies could also increase the number of schemes which ask why the rapid growth of the digital economy over the past two decades has failed both to reduce inequality and save us from the most severe financial crisis since the 1930s.