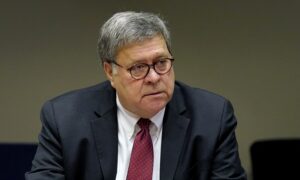 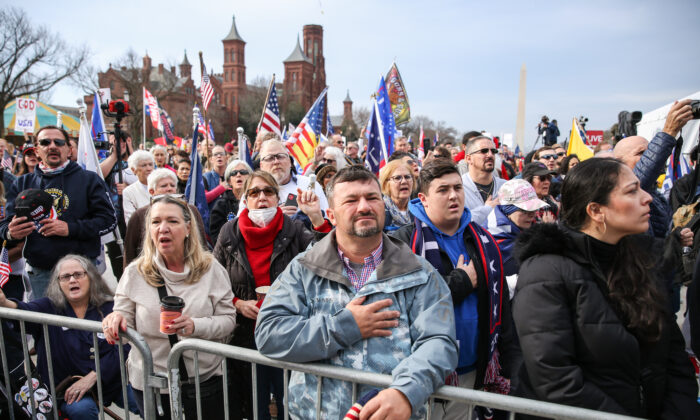 The ‘Deplorables’ Must Cement Control of the Republican Party

Reading Glenn Reynolds’s heartening article in The New York Post—“It’s Time for the ‘Deplorables’ to Become the Unconquerables”—inspired me to say something I’ve been thinking for a while.

It’s time for the “Deplorables” to take over the Republican Party fully.

Some have suggested starting a new party—and I can understand that, given the frustrations—but why go to the trouble when you have the numbers to have all the power?

An existing party apparatus is sitting there and is there for the taking. Let’s do it.

Just to be clear—who do I mean by the “deplorables”?

They are the decent, hard-working Americans of all classes that revere our democratic republic and our founding documents and deplore (in the real sense of the word) the Deep State and the dominance of Washington, D.C., over our lives.

They reject bureaucracy, the uni-party of insiders, and the dangerous Orwellian pervasiveness of Big Tech and its social media tentacles replete with censorship and thought control.

They also seek to preserve liberty and the capitalist system of open markets, while opposing, with all their strength, the incursions of socialism and communism into our country through the influence of the Communist Party of China and others on and in our media, religious institutions, entertainment and educational system.

Above all, they adamantly support our Bill of Rights, with freedom of speech and worship and the right to bear arms impregnable.

As of now, these “deplorables” are at least 74 million strong—and are, in essence, more unified than any other group, even though sometimes they do not realize it.

This movement is only partly about Donald Trump. He can be looked upon as a founding father of this renewal of American values but, as he himself has said on multiple occasions, this is about us.

In any case, like all of us, Trump won’t be here forever, even if he ultimately wins the 2020 election or runs again in 2024.

New leadership must be found and, in the tradition of Trump, we should be free to look outside the political class, just as our founders hoped.

In fact, that should be a hallmark of this renewed Republican Party, bringing forth candidates from all contributing walks of American life.

New perspectives will work to the benefit of all. In actuality, conservatives are the more natural innovators—as Trump demonstrated in the Middle East, for example—while liberals and progressives are the conformists.

This doesn’t mean that professional politicians should necessarily be excluded. They should be evaluated, as all should be, and not given a laissez-passer to a position of power.

A good starting point in this evaluation of the existing political class is their reactions to the 2020 election. Those who quickly opted for a “business as usual” response that was and is not merited should be disdained and replaced.

Political power in our culture has become, has been for years, a passageway to wealth.

The new Republican Party should be the party of Cincinattus, of those who come to serve the public good temporarily before returning to their private lives, not to profit from a lengthy sojourn in the nation’s capital.

We should consequently encourage term limits.

In what now seems like a distant America, Democratic House Speaker Tip O’Neill told us “All politics is local.” He was right then, but only partially right now in the internet age.

Nevertheless, we must act locally, taking over as many state and city Republican Party institutions as possible.

This must be begun immediately as the forces of reaction and stasis—call them RINOs, NeverTrumpers, or whatever you want—are moving in quickly to take advantage of a likely illusory Biden victory.

These people have no leverage other than habit, the leverage of “being there” in party committees, think tanks, and so forth. It is a leverage that is paper-thin and should be regarded as such.

While many are depressed over a stolen election, as Reynolds pointed out in his article, a rebirth can come from it. Whatever evil has occurred, we—the “deplorables”—have shown ourselves to be the most united force extant and the most powerful, should we choose to take action.

Ten years ago, the Republican and Democratic parties were relatively indistinguishable. They are far from that now and heading in opposite directions.

If only at its grassroots, the Republican Party is an entirely new and vibrant entity with remarkable potential. We must take hold of it for the good of our children and grandchildren, just as many have done before us.

This is no time for self-pity. It is time for change.

We have to do it. We have no choice. And if events prove it has to be, although we will be loath to do it, we will have to steal a phrase from the Marxists:

By any means necessary.