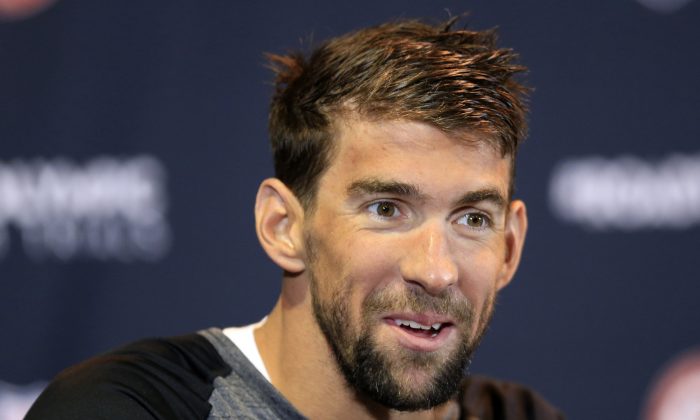 Michael Phelps, who's won 18 Olympic gold medals, is trying to pass on his knowledge to other swimmers as he prepares for his final Olympics. (AP Photo/Orlin Wagner)
Sports

The Athletes on the US Olympic Team So Far, an Early Look at the Field

As of July 4, names of 373 athletes have been confirmed to be heading to Rio to represent the United States in the 2016 Olympics. When all is said and done, Team USA is expected to be comprised of over 500 athletes.

The official 12-man 2016 USA basketball roster was revealed a week ago. Faces of the NBA Stephen Curry and Lebron James will not be participating, but the team is still expected to be heavy favorites for the gold medal. 9 of the 12 members of the roster were NBA all stars this past season.

Another notable appearance is Paul George, who is making a comeback after suffering a compound fracture in his right leg in the 2014 USA basketball scrimmage that caused him to miss nearly all of the following 2014-15 NBA season.

Carmelo Anthony is the most seasoned international player on the roster, having participated in the past three Olympics in 2004, 2008, and 2012. Kevin Durant—the star of the 2010 gold medal-winning FIBA championship team and the leading scorer on the 2012 Olympic team—may be expected to carry the load for this team as well.

Rounding out the roster are guards Kyle Lowry and Demar DeRozan of the Toronto Raptors and centers DeMarcus Cousins and DeAndre Jordan.

Michael Phelps, the most decorated Olympian of all time, will be participating in a record fifth Olympics for a male swimmer.

Predictions from a month ago from the Baltimore Sun, Phelp’s hometown, suggest the swimmer will win five golds, which would bring his total gold medal haul to 23.

Along with medals, Phelps leads the pack of U.S. swimmers in age. Phelps (31) and fellow Olympic veteran Ryan Lochte (31) are the only members of the swim team older than 30.

Twenty two of the 42 swimmers on the team are Olympic first timers, with seven of them aged 19, the youngest in the team.

The Olympic trials for track and field are currently underway.

Notable is Allyson Felix, who erased all questions on fitness and form with a victory in the 400m Olympic trials. She posted a time of 49.68, the fastest time in the world this year.

Two-time Olympic medalist LaShawn Merritt also impressed with a world-best time of 43.97 in the men’s 400m.

All in all, seven athletes posted world leading efforts.

The 4-foot-8 gymnast was recently the first woman to win four consecutive national championships in the all-around competition in 42 years.

The last time was in 1974, when Joan Moore Gnat took home her fourth national title.

Kerry Walsh Jennings is set to participate in her fifth olympics (fourth on the beach), but her first with partner April Ross after the retirement of Misty-May Treanor in 2012. Jennings (37), would not confirm to Sports Illustrated in an interview if will be her last Olympics.