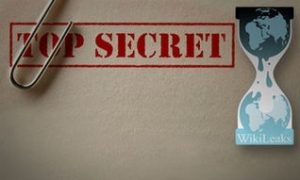 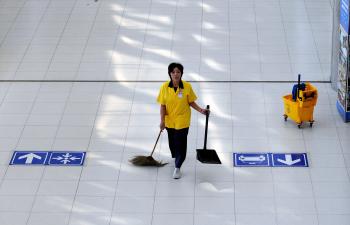 Thailand’s besieged Prime Mister was dismissed by the country's Constitutional Court on Tuesday, ending months of crippling anti-government protests that saw both Bangkok airports closed after being heavily occupied by protesters. It is expected to take another two weeks for the airports to return to normal.

“Yesterday I got a message from Swiss Air saying that my December 7 flight to Bangkok was cancelled so I made alternative travel arrangements to get to northern Thailand via Singapore. Today it looks like the airport will reopen so I don’t know what’s going on,” said one traveler trying to get into the country despite warnings to stay away.

Prime Minister Somchai Wongsawat and his People Power Party (PPP) have been banned from politics for the next five years.

"As the court decided to dissolve the PPP, therefore the leader of the party and party executives must be banned from politics for five years," said Chat Chonlaworn, head of the nine-judge court, reported the Bangkok Post.

Since November 25, yellow-clad anti-government protesters, the People's Alliance for Democracy (PAD), effectively shut down air traffic coming in and out of Bangkok by occupying Suvarnabhumi International Airport and Don Muang domestic airport.

Over the recent months of unrest at least five protesters were reported to have died in clashes with red-clothed pro-government demonstrators.

The current round of political crises in Thailand has deep, personal roots. In the fall of 2005, media mogul Sondhi Limthongkul began using his popular TV talk show to attack then Prime Minister Thaksin Shinawatra on charges of corruption and autocratic, business-style leadership. The two men had previously been close allies.

Mr. Thaksin pulled the plug on Sondhi’s program, which had aired on state-run TV, and slapped the host with a defamation suit. Sondhi then ignited the "Thaksin Get Out" campaign and the PAD was formed.

The April 2 contest was boycotted by all three main opposition parties. PM Thaksin’s Thai Rak Thai (Thais Love Thais) Party won the election but did not win legitimacy since his party ran uncontested in 276 out of 500 constituencies. Around-the-clock street protests continued.

In September 2006, the army staged a bloodless coup while the Prime Minister was in New York. Mr. Thaksin and 110 other party members were banned from politics for the next five years and Mr. Thaksin took his family into exile in London.

For the next 15 months Thailand was run by a caretaker military junta. A new constitution was drafted and fresh elections were held in Dec. 2007 and won by the PPP, a party formed from the remnants of the disbanded Thai-Rak-Thai. The election was fraught with charges of vote-buying and corruption and accusations of being bankrolled by Mr. Thaksin. Mr. Thaksin’s brother-in-law, the newly dismissed Mr. Somchai, became PM.

What the next step will be is far from clear but the streets and skies in Thailand are calm for now. The PAD made two pledges in an open letter to the people of Thailand.

“If a proxy government of the Thaksin regime is set up again or if there is an attempt to amend the Constitution or the law to whitewash the wrongdoings of those in the Thaksin regime, to benefit politicians, or to lessen the power of the King, the PAD will return.”

“From now on, if there is any government which comes into power but is insincere in its efforts to launch new politics with the people, the PAD will return.”

The letter ends: “We would like to sincerely thank the people for being part of this historic event. Until we meet again when the country needs us.”

The PAD has called for constitutional reform which would allow for 70 percent of parliamentary seats to be appointed.