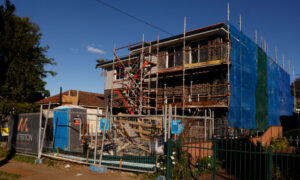 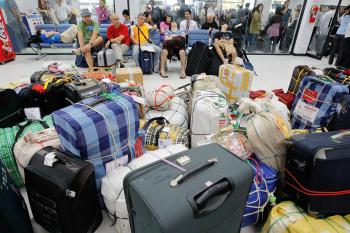 By Epoch Times Staff
biggersmaller
Print
Foreign travelers stranded in Thailand are anxious to leave the country. Those with plans to go there soon don't know if they will be able to land in the Bangkok airports, occupied by anti-government protesters.

And the Thai people? According to a poll, most are embarrassed with the situation and will take sides with neither the “yellow” protesters at the airports, nor the pro-government “red” crowds in the streets.

Vacationers stranded in tourist spots across the country may now be able to catch flights home thanks to an agreement made between the People's Alliance for Democracy (PAD) protesters and the Airports of Thailand (AOT), local newspapers reported.

A total of 88 planes that had been grounded since Suvarnabhumi International Airport was besieged by protesters on Tuesday, November 25, were given permission to collect passengers from other airports across Thailand.

"We've told every airline that they can remove their stranded aircraft if their pilots are ready," said Serirat Pasutanond, AOT's acting president, as quoted in The Nation daily newspaper.

The first planes left Suvarnabhumi the evening of November 30, flying to local airports in Thailand, such as Chiang Mai and Phuket, Serirat said.

Over 160,000 would-be passengers have not been able to land or take off from Bangkok, raising concerns about the upcoming high tourist season.

Some travelers have delayed travel plans but it remains uncertain how the standoff will play out.

“I have the luxury of a few days to wait it out so my real concern is that this whole thing is going to escalate into something violent,” said Anthony Weersing, who was supposed to fly into Bangkok on Tuesday but delayed his flight by a day.

A poll conducted by Abac Research Center of Assumption University in Thailand said, according to the Bangkok Post, that 76.5 percent of Thais surveyed felt embarrassed about the current political turbulence and the negative views of foreigners toward Thailand. The poll also said that 58.4 per cent said they will not take sides in politics.