Tesla May Post Profit With Model 3 Surge, but Is It Repeatable?
0 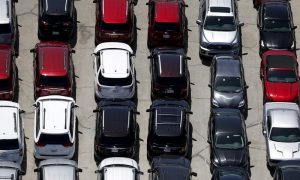 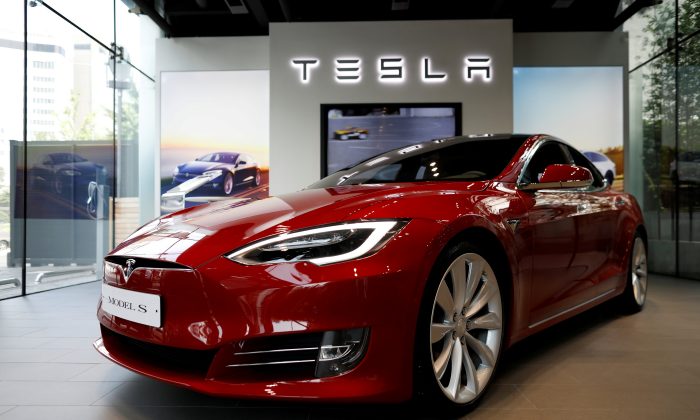 Tesla Inc. and its charismatic, if somewhat erratic, Chief Executive Officer Elon Musk are considered almost synonymous. In the coming year, investors might want to begin disentangling the two.

It’s been a rough ride for shareholders, who routinely endured swings exceeding 20 percent in either direction from one month to the next. Musk’s unpredictable behavior and unrestrained tweeting were as much to blame for that as any concerns about Tesla’s fundamentals.

Many analysts see 2019 as the year Tesla could prove itself a bona fide automotive manufacturer with stable profits and reliable cash flow, even as competition starts heating up and liquidity concerns linger. Of course, Musk remains a potential wildcard.

Here are some of Tesla’s biggest 2019 challenges:

Tesla’s ability to churn out Model 3 sedans at a steady pace is arguably the most important factor for investors next year.

“Tesla has a golden opportunity to ramp Model 3 unit sales in 2019 and beyond and thus translate into massive free cash flow and profitability as we look out into 2022-2030,” Wedbush analyst Daniel Ives, who initiated coverage with a buy rating this month, wrote in a note.

While third-quarter deliveries were encouraging, concerns remain that the pace of production might not be sustainable. Tesla also had benefited from a mix of more higher-priced vehicles, a trend that might reverse, or at least weaken in 2019, as the company starts selling more affordably priced Model 3 sedans. As a federal tax incentive for electric cars phases out, sales trends in the new year may also provide greater insight into demand dynamics for Tesla.

The tax credit, which will be cut in half beginning Jan. 1, might have caused a demand “pull-ahead” late this year, Goldman Sachs’ analyst David Tamberrino said. Consequently, there may be a lull in early 2019 “that may not be fully made up by initial deliveries across Europe,” he said.

Tesla is one of a few automakers likely to expand profits in 2019-2020, according to Jefferies analyst Philippe Houchois. Analysts on an average expect Tesla to report adjusted earnings of $6.88 a share in 2019, and free cash flow of $1.03 billion.

However, with the average price of Model 3s expected to tilt lower, maintaining hefty margins will be a challenge.

“The big conundrum is that Tesla needs to ramp production of its lower-priced $46,000 mid-range and eventually $35,000 base models to drive broader consumer demand, while importantly increasing gross margins toward the mid-20 percent range over time,” Wedbush’s Ives said.

The rate at which Tesla burns through cash has long troubled investors. While the company has said it won’t need to raise money, several analysts have said doing so might be a good idea, especially as it boosts Model 3 production, starts expanding into European and Chinese markets and needs to pay off debt.

“A potential capital raise could reduce many investors’ concerns about financial pressure during a critical time of market expansion and strategic partnership,” Morgan Stanley analyst Adam Jonas wrote in a note dated Dec. 18. In a television interview with Bloomberg, the analyst said that depending on Tesla’s spending rate, a raise of $2.5 billion in the fourth quarter could provide the company 12 to 18 months of “extra oxygen in the tank.”

Musk said on Oct. 24 that Tesla plans to pay off its debt and not refinance. Earlier this month, the company told holders of $920 million of its convertible debt due in March that it would settle the conversion with a 50-50 split between cash and stock.

Robert W. Baird analyst Ben Kallo said Tesla has sufficient liquidity to cover debt payments and fund future investment in growth using internally generated capital. However, he also said Tesla should return to capital markets in 2019 to strengthen its balance sheet and insulate against the risk of a global slowdown.

“Most of the electric vehicles that we see in the market or that are coming into the market are still very expensive, and even though the Model 3 is also expensive and has just become profitable at a high price point, there is an element of simplicity” that sets Teslas apart, Houchois from Jefferies said by phone. He pointed to Volkswagen AG as the closest rival with its focus on design simplicity. “Tesla needs be at the price point of $35,000 to $40,000 before Volkswagen gets there.”

Volkswagen, which offers two battery-powered models, said this month that it plans to increase that to 20 by 2025. Volkswagen’s luxury brands, Audi and Porsche, as well as Mercedes-Benz and Jaguar, are all set to introduce electric cars over the next couple of years.

While Tesla has turned the corner on the Model 3 and appears poised to improve profits and cash flow, “there is no room for major production errors or another distraction from Musk,” Wedbush’s Ives wrote. He underscored the cash flow balancing act that will still be required over the coming year and the lawsuits and investigation from the “ going private saga.”

Investors have repeatedly shown that Musk’s actions, whether they involve Tesla or not, affect the shares, reflecting how crucial he’s considered to be for its success. Be it behaving rudely with Wall Street analysts on earnings calls, making allegations on Twitter about a rescuer involved in the Thai cave flooding, or sending the now infamous “going private” tweet, Musk’s behavior has caused concerns about his ability to lead the company.

Consumer Edge’s James Albertine, a long-time bull, downgraded Tesla in August, saying it needs deeper “corporate restructuring” and a steady hand. Last month, Tesla named Robyn Denholm the board chairman, as part of its settlement with the U.S. Securities and Exchange Commission. Whether Musk can be reined in by the new chair, or not, only time will tell.