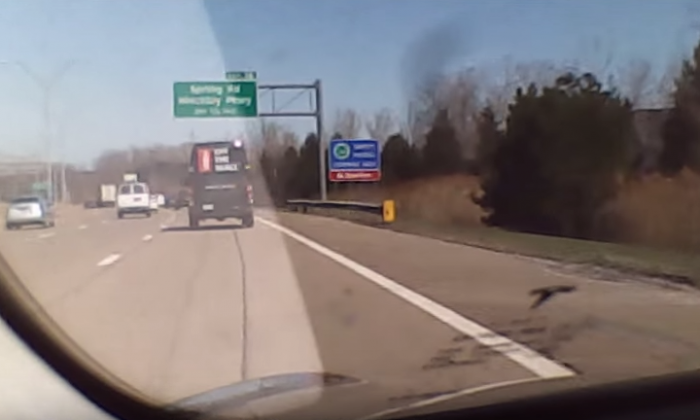 This is the first known death in just over 130 million miles where autopilot was activated, according to the company. Among all motor vehicles in the United States, there is a fatality every 94 million miles, says Tesla.

The fatal accident happened on May 7 in Williston, Fla.

“What we know is that the vehicle was on a divided highway with autopilot engaged when a tractor trailer drove across the highway perpendicular to the Model S,” Tesla said in a statement.

“Neither autopilot nor the driver noticed the white side of the tractor trailer against a brightly lit sky, so the brake was not applied,” the statement said.

Brown’s car, which he named “Tessy,” went under the trailer, and the roof was sheared off.

The company called Brown, 40, “a friend to Tesla and the broader EV community, a person who spent his life focused on innovation and the promise of technology and who believed strongly in Tesla’s mission.”

Records show that Brown has received eight speeding tickets over the last 6 years, according to The Associated Press.

Frank Baressi, 62, the driver of the truck and owner of Okemah Express LLC, said Brown was “playing Harry Potter on the TV screen” at the time of the accident and driving so quickly that “he went so fast through my trailer I didn’t see him,” he told The Associated Press.

“It was still playing when he died and snapped a telephone pole a quarter mile down the road,” Baressi said, acknowledging that he didn’t see the movie, but heard it.

Meanwhile, Tesla Motors Inc. said it is not possible to watch videos on the Model S touch screen, and there was no reference to the film in initial reports.

A Tesla Model S car is displayed at a Tesla showroom on November 5, 2013 in Palo Alto, California. (Photo by Justin Sullivan/Getty Images)

Tesla says autopilot is disabled by default. When drivers turn on the autopilot it reminds them to “Always keep your hands on the wheel. Be prepared to take over at any time.”

“The system also makes frequent checks to ensure that the driver’s hands remain on the wheel and provides visual and audible alerts if hands-on is not detected. It then gradually slows down the car until hands-on is detected again,” the company said.

“Autopilot is getting better all the time, but it is not perfect and still requires the driver to remain alert,” it added.

Brown’s obituary says he dedicated 11 years to the Navy and was an honored member of the elite Naval Special Warfare Development Group (NSWDG).

Brown had uploaded a video on YouTube a month before the fatal accident, in which he praised the autopilot function for avoiding a crash with a truck.

“Tessy did great,” he said.

“I have done a lot of testing with the sensors in the car and the software capabilities. I have always been impressed with the car, but I had not tested the car’s side collision avoidance. I am VERY impressed. Excellent job Elon!” Brown said referring to Elon Musk, CEO of Tesla Motors.