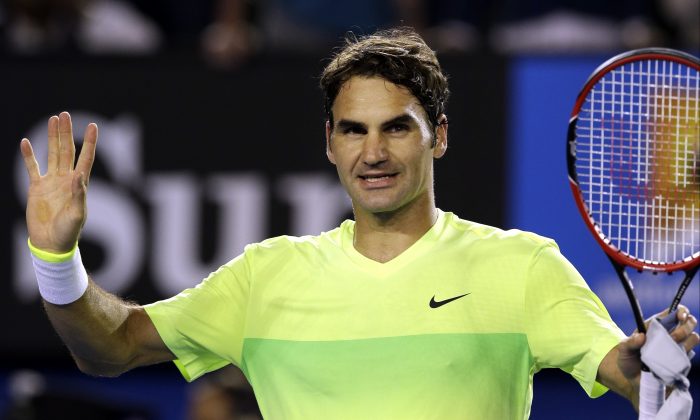 Ranking the Top Ten Men’s Players of the Open Era

The Australian Open is in full swing and though the trio of Federer, Nadal, and Djokovic showed some cracks last year (they only had two titles between them) they’re still the favorites and three of the best of all-time. Who are the best? Here’s the top 10 of the Open Era, which started in 1968:

Federer rose to the top of the ATP rankings on Feb. 2, 2004, right after winning the Australian Open, and stayed there all the way until Aug. 18, 2008—a record run of 237 straight weeks, during which he won 10 of his record 17 majors. In addition, no one has more total weeks at No. 1, and at 33 years old, the second-ranked Federer could still add to his record-setting haul.

Nadal over Sampras is one of the toughest calls on the list, but hear me out. They each have the same number of major championships, but Nadal has won his 14 majors in fewer appearances (52 to 39) and is still in his prime. The 28-year old Nadal has the second-highest Grand Slam winning percentage (88.2 percent, 187–25) among the top 10 players here and has had the upper hand against the great Federer winning 23 of their 33 matches—including 9–2 in Grand Slams. Naturally his overall success is due to his astonishing 66–1 record at the French Open—including nine championships.

Pete was the best of his generation. Seven times he won Wimbledon—equaled only by Federer—and when he played his last match in 2002—winning the U.S. Open at age 31—he rode off into the sunset with more majors and weeks at No. 1 than anyone else. Perhaps he could have squeezed one more major had he kept on going, but he had three more majors than anyone else when he called it quits.

Okay Borg’s run was much shorter than anyone else’s here, but he made the most of it before retiring in 1982 at age 26. The guy had already won 11 titles (six French Opens, five Wimbledons) by that time and surely would have added to his collection had he stayed around. For perspective, Federer was 26 when he won his 11th major in 2007 (Wimbledon).

Lendl over Connors here is another close call. Ultimately, they both won the same amount of majors and although they are 1-2 in total match wins (Connors has 1,253 to Lendl’s 1,071) Lendl wins the coin flip with two more weeks at the top of the rankings.

In terms of longevity, Connors has everyone beat. He has more match wins and tournament championships (109) than anyone else and who could forget his run to the U.S. Open semifinals in 1991 at age 39?

The 27-year old Djokovic, currently the No. 1 ranked player in the world, still has time to move up this list, and he’s come into his own under the toughest of circumstances—Federer and Nadal. Given all that, it’s pretty impressive that he’s just one major behind Connors and Lendl.

McEnroe came into a similar situation to Djokovic’s—entering his prime while two other greats were still in theirs. Eventually he broke through through winning both Wimbledon and U.S. Open in 1981—both over Borg. In 1984 he had one of the best seasons ever going 82–3 and winning two more Grand Slams.

Agassi had quite a rollercoaster career. The popular and talented all-court player won all four majors during a career that saw him all over the ATP rankings. After establishing himself as a top-ten player in the late ’80s, a 24-year-old Agassi fell to No. 32 in the rankings in 1994, before ascending to No. 1 the following year. Just two and a half years later though, Agassi plummeted all the way to 141st and then fought his way back to the top, two years later. His major championships spanned nearly 11 years from his Wimbledon title in 1992 to his Australian victory in 2003.