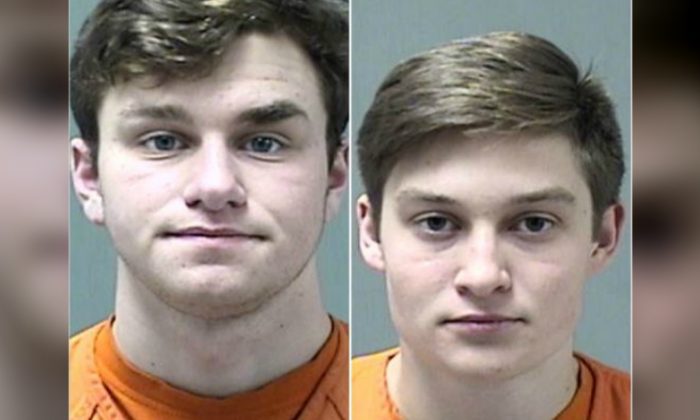 Two teenagers brought five guns and drugs to a basketball game in Wisconsin, according to a criminal complaint, Journal Sentinel reported.

Willard Hartman, 19, and Benjamin Krohn, 19, were pulled over by police on Feb. 10 for making an illegal U-turn. Officers smelled marijuana and upon searching the car found three assault rifles and two handguns, all with loaded magazines. Police also found marijuana and oxycodone in a duffle bag.

The teens are facing 25 charges, including illegal possession of firearms on school grounds, illegal carry of concealed weapons, and drugs related charges. They were released on $5,000 cash bonds after making an initial court appearance on Feb. 12.

According to the court complaint, the pair was pulled over at 3:44 p.m. on Feb. 10 at West Mequon Road and North River Trail a few hundred feet from the Homestead High School driveway. It is unclear if they brought the weapons into the school.

Krohn told police that the guns belonged to him and that he brought them to the school to see if anyone would want to buy them or trade for them. Krohn said that they went to the game because a friend of theirs was playing.

If convicted, Krohn and Hartman could face years in jail and tens of thousands of dollars in fines. Their next hearing is set for March 6.