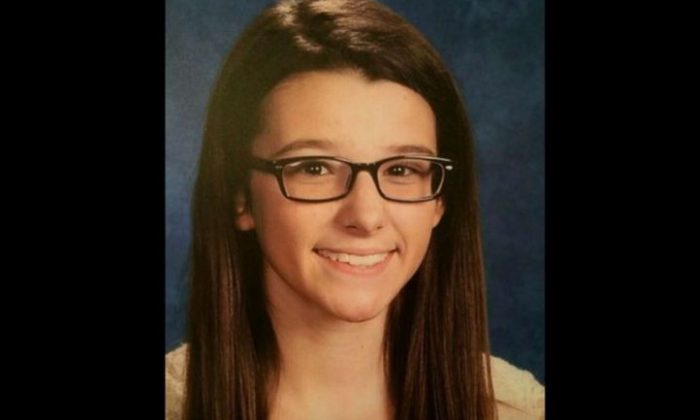 Bailey Holt, 15, who was shot and killed at Marshal County High School in Kentucky on jan. 23, 2018. (Marshall High School)
US News

A teen who was killed in a Kentucky school shooting called her mother as she was dying.

Bailey Holt, 15, was among two students who were gunned down at Marshall County High School in Kentucky on Tuesday after another student opened fire. At least 18 others were hurt, officials said.

“She called me and all I could hear was voices, chaos in the background,” Bailey’s mother, Secret Holt, told ABC affiliate WKRN. “She couldn’t say anything and I tried to call her name over and over and over and she never responded.”

“We rushed to the high school, and they wouldn’t let us get through,” she said.

Teen killed in Kentucky school shooting called her mother as she died – but she could no longer speak https://t.co/Dgns55fbLm

Then she knew something was wrong when she didn’t see her daughter on the buses that were used to take surviving students to another school.

“We waited and waited for her to get off the buses and she never did,” Secret Holt said. “The principal at North Marshal came and got me, and took us outside and we got in a cop car and they took us to the fire department and told us what had happened.”

She called Bailey a good kid who wanted to help others.

“Even though she was 15, she had already decided her career was going to be a labor and delivery nurse,” Secret Holt told the station. “She helped others … she was just so kind-hearted and the most amazing kid anybody could ever ask for. Her smile could light up the room.”

Her father, Jason, described her as “perfect in every way.”

“She was an angel here on earth,” he added. “She was a perfect angel.”

Preston Ryan Cope was the other student who died.

The suspect is a juvenile, and his name wasn’t released. “The plan is to certify him as an adult,” said Assistant County Attorney Jason Darnall, according to NBC News.

A grand jury hasn’t yet formally charged the suspect with two counts of murder and multiple assault charges.

President Donald Trump tweeted about the tragedy on Tuesday.

“Earlier today, I spoke with @GovMattBevin of Kentucky regarding yesterday’s shooting at Marshall County High School. My thoughts and prayers are with Bailey Holt, Preston Cope, their families, and all of the wounded victims who are in recovery. We are with you!” the president wrote.