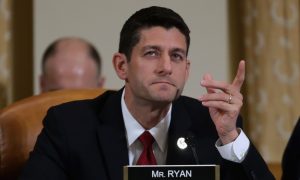 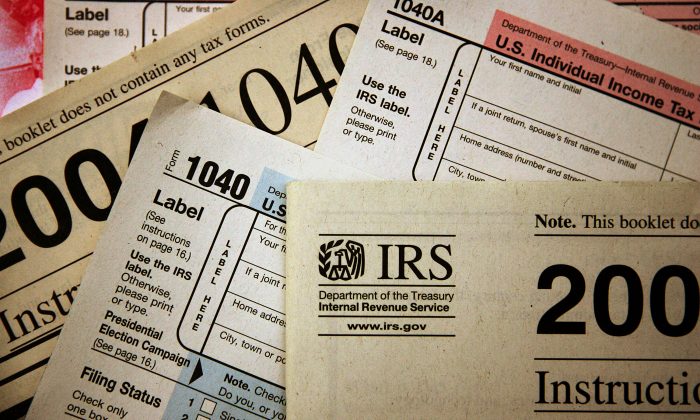 Current federal tax forms are distributed at the offices of the Internal Revenue Service November 1, 2005 in Chicago, Illinois. (Scott Olson/Getty Images)
US

In an address at Liberty University kicking off his presidential campaign, Sen. Ted Cruz (R-Texas) called for the abolition of the IRS and the replacement of the tax system with a simple flat tax. The idea is an old one, and on paper it has the support of the American public, but among all of his proposals is it the most unrealistic.

A 2014 poll found that 62 percent of Americans favored a flat tax.

The problem with the public’s supposed support for a flat tax on income is that the same poll often shows the contradictory demand for higher taxes on the wealthy, whose tax burden would fall under a flat tax. A Reason-Rupe poll in 2014 found that 62 percent of Americans favored a flat tax, but their 2012 poll found that 57 percent supported raising taxes on those who made more than $250,000 a year, which can only be done by making the already progressive tax system even more progressive.

Much of the contradiction is explained by widespread misconceptions on exactly how much tax the wealthy pay. A Rasmussen poll in 2012 found that 66 percent of Americans mistakenly believe that the wealthy have a smaller fraction of their income taxed than the middle class. The mistake is likely a result of popular reports about the low overall tax rates of wealthy investors like Warren Buffett, who derive most of their earnings from capital gains, which are taxed less than income.

If legislation to overhaul the tax system were ever introduced as a concrete possibility, public support would almost certainly plummet when the electorate realized that it’s in effect a tax cut for the wealthy. Flat tax proponents argue that a flat tax system would produce non-zero sum gains by streamlining a tax system universally acknowledged to be byzantine, but it’s unlikely to produce enough to offset the effective tax increases for those in the low tax brackets.

Cruz can try to introduce a piecemeal version of the flat tax like Rick Perry did in 2012. Perry proposed an optional 20 percent flat tax, but that was rightly pilloried for adding another layer of complexity to the existing system, as people would likely react by doing their taxes twice to see which system taxed them less.

A flat tax isn’t just an idea trumpeted at GOP presidential primaries. It is a reality in many places around the world. Hong Kong has had an essentially flat tax system since 1947, and more than a dozen countries from the former Soviet bloc adopted a flat tax system in the 1990s.

Yet none of these countries can serve as a model for the United States, which has a mature and functioning, if suboptimal, tax system. All of the flat tax systems were established at a time of extreme political upheaval, where the structure of government was being built from the ground up. Hong Kong had just returned to British rule after the end of the Japanese occupation, and Eastern Europe had taken advantage of the fall of the Soviet Union.

For a preview of what a political fight over flat taxes might look like, just look at the recent efforts to reform the corporate tax. Both parties recognize that the corporate tax system is outdated and needs reform, and President Barack Obama has made proposals as early as 2012, but the process remains mired in bargaining over details.