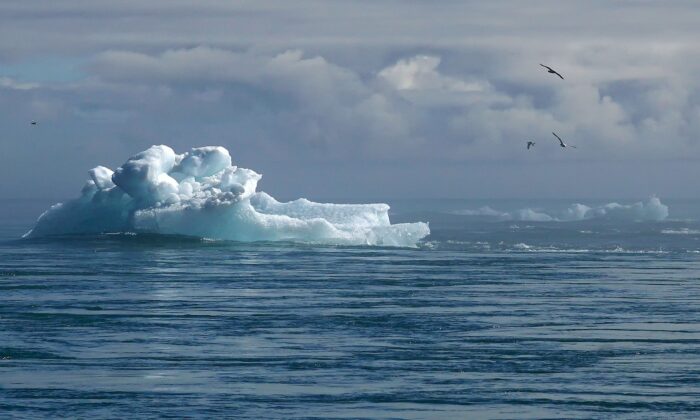 Technology and Growth Are the Cures to Climate Doomsday

I guess you could mark me down as a “climate change skeptic.” I’m not a climate scientist, so I have no expertise on what is happening with the planet’s temperature or severe weather events that can wreak havoc on life and property.

I am skeptical that “collective action” through governmental policies will make planet Earth a more hospitable place. Is this the same government that can’t balance its budget, control its borders, stop the crime spree across America, and has allowed a 10 percent inflation tax, among other foibles?

Now, these same politicians will, like Moses, stop the oceans from rising? Fat chance. And they accuse the United States of being religious zealots.

But I do have faith in free markets and the technological advances that for thousands of years have moved us away from the Hobbesian nightmare of humans living in dank caves with life on Earth being “nasty, brutish, and short.”

Deaths from hurricanes, landslides, tornadoes, earthquakes, droughts, floods, food and energy shortages, severe heat and cold and other disruptions from Mother Earth have fallen sharply over the past century. The property damage from acts of nature as a share of our GDP continues to drop yearly.

For example, more accurate weather reporting prepares people for deadly weather events. Building technologies make mankind smarter about weather- and earthquake-proofing homes, buildings, bridges, and other structures to protect against collapse and rubble. The real “green revolution” on agriculture output has dropped rates of famine and hunger to all-time lows. My mentor, the late, great economist Julian Simon, taught us that the “ultimate resource” to save us from Armageddon is the human mind.

Hence, I was thrilled when CNN reported that scientists had invented a new technology that flies planes into clouds and injects them with silver iodide to make more rain and snow.

The technology could be a cost-effective way to alleviate severe droughts, which have afflicted the western United States in recent years.

If you’re a green climate change activist or scientist, you have to be thrilled, right?

It turns out the climate change industrial complex isn’t ecstatic. As CNN notes, some climate scientists complain that the technology could be “getting in the way of nature.” Read that sentence again because it is so rich with irony. Isn’t the entire climate change movement about altering Mother Nature?

This reaction also makes one wonder whether something is going on here in the climate change industrial complex beyond stopping the warming of the planet. Climate change has rapidly evolved into a multitrillion-dollar global industry.

Inexpensive and non-life-altering solutions aren’t part of the plan, just as the folks who said that we were running out of oil attacked the shale revolution, which proved them so tragically wrong.

There are thousands of other examples of new technologies beyond the rainmaking breakthroughs just mentioned. They have already invented or will invent in the years and decades ahead technologies to make our planet warmer, colder, drier, wetter, sunnier, or in whatever direction we want to turn the dial. None of these require draconian laws and mandates to destroy our modern-day energy sector and replace our power supply with 19th-century windmills.

We have the supposed greatest minds in the world who have allegedly come to a solution to save the planet dramatically by hitting a “reset” button on energy by turning to some of the most inefficient sources. That’s the best they’ve got?

I was struck by this disdainful comment by UCLA climate scientist Donald Swain regarding the rainmaking machine: “Resources are much better invested in climate solutions already guaranteed to make significant and equitable impacts.”

The professor seems to be saying that it makes far more sense to eliminate 80 percent of the world’s cheap and abundant energy sources than to bring power to the world’s poorest regions and institute an inexpensive and promising technology that could cut the number of droughts by half or more.

It almost seems they don’t want these innovative and nonintrusive solutions to work. Free markets and technology may help save the world from doomsday, but they won’t overturn a century of progress in human welfare and won’t make the green energy lobby rich.