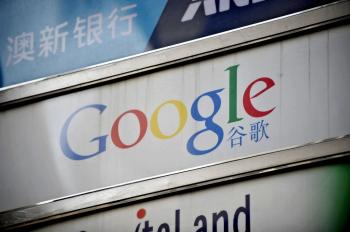 The Google Chinese logo is displayed on a sign outside the company's office in Shanghai. (Philippe Lopez/AFP/Getty Images)
Business & Economy

Google's decision was made after it uncovered systemic cyber attacks from China on its infrastructure, as well as those of other companies.

With a population of 1.3 billion, China is viewed by many multinational enterprises as a vast, lucrative, and largely untapped market. But the Chinese Communist Party (CCP) has ruled with an iron fist that has become stricter with time—and many businesses find it increasingly difficult to doing business fairly in China.

“These attacks and the surveillance they have uncovered—combined with the attempts over the past year to further limit free speech on the Web—have led us to conclude that we should review the feasibility of our business operations in China,” said Google Senior Vice President and Chief Legal Officer David Drummond in a statement.

Google's recent clash with CCP authorities is not new to the business sector.

But technology companies face greater challenges due to the fact that the CCP uses Web filtering and censorship to directly control the information viewable by its citizens.

For example, last summer, China required all personal computers used in the country to possess a “Green Dam” Web-filtering software to block all politically sensitive Web pages. The demand was indefinitely withdrawn after an international uproar.