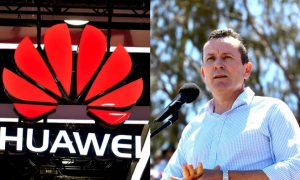 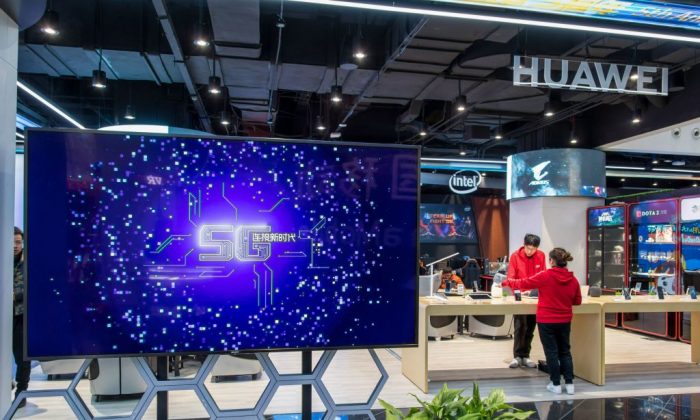 As embattled Chinese telecommunications giant Huawei faces scrutiny over the security of its products, some companies have stepped in to fill the void, especially in providing technology for the rollout of next-generation 5G wireless mobile networks.

Altiostar Networks, a Massachusetts-based startup and telecom-equipment provider, along with Nokia, a Finnish telecom firm, were awarded contracts to build a new 4G mobile network earlier this year for Rakuten, an e-commerce giant that also provides mobile services (set to become Japan’s fourth-largest provider), according to a Dec. 25 report by Japanese media Nikkei.

Rakuten plans to stick with Nokia and Altiostar for its transition to 5G from 4G.

The losing bidders for Rakuten’s network contract earlier this year were Ericsson, a Swedish telecom firm, and Huawei. Both companies manufacture telecom equipment that are typically part of mobile network infrastructure.

Altiostar claims to be the world’s first provider of virtualized radio access network (vRAN) technology, which allows telecom providers to expand their network capacity and prepare their existing telecoms infrastructure for 5G through specialized software. Rather than building a 5G network from the ground up and purchasing new 5G base stations to relay signals, service providers can use general-purpose equipment to roll out 5G—a much cheaper option.

“We will be able to handle 5G just by updating software at [4G base stations],” said Yoshihisa Yamada, president of Rakuten Mobile Network, during an Oct. 3 Japanese government hearing.

Yuichiro Takagawa, a researcher at Tokyo’s Waseda University, told Nikkei that “there is a good possibility that companies like Altiostar will spell the end for the likes of Ericsson and Huawei.”

Many governments around the world, such as the United States, the UK, and Australia, have raised concerns about security loopholes in equipment and phones made by Chinese tech companies, especially Huawei and ZTE—two firms that have close ties to the Chinese regime.

Beijing had supported the two firms’ aggressive development of 5G technology in the hopes that they could become the primary provider of 5G around the world.

Having been shut out of many Western markets, Huawei and ZTE have left a void in the market demand for 5G. South Korean tech giant Samsung Electronics has benefited. According to Nikkei, U.S. telecoms operators Verizon Communications and AT&T will buy 5G base stations from Samsung and Ericsson, with AT&T also buying from Nokia.

In South Korea, two of the largest mobile carriers, SK Telecom and KT Corp., have both selected Samsung, Ericsson, and Nokia to supply equipment for their 5G networks, ruling out Huawei.

LG U+, a subsidiary of South Korean tech conglomerate LG, is the only major mobile carrier to have plans to buy equipment from Huawei for rolling out 5G.

Japan’s current three major telecom operators, SoftBank Group, NTT Docomo, and KDDI, have all recently announced that they will reject 5G equipment from Huawei and ZTE, a few days after the Japanese government announced a ban on government purchases of equipment from the two Chinese companies.

The United States has also banned government purchases from the two firms. In May, the Pentagon issued an order to remove all Huawei and ZTE phones sold at stores on U.S. military bases, out of concern that the devices could be used to spy on U.S. forces.

In a recent poll by research firm Gartner, 66 percent of organizations polled—which included business executives in IT and other fields—have plans to deploy 5G by 2020, with many expecting that the next-generation network will mainly be used for internet-of-things devices.