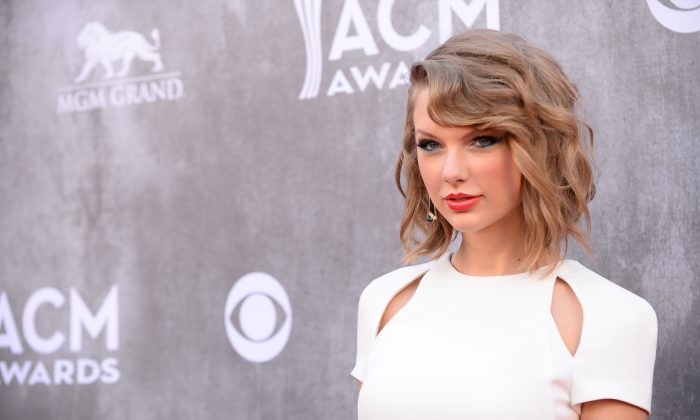 On Tuesday the Wall Street Journal published an op-ed by Taylor Swift in which the singer-songwriter provocatively claims “…the music industry is not dying … it is just coming alive”.

Her message of optimism is refreshing – but misplaced.

Swift is right, the music industry is not dying. But it is reeling from the transformation to digital content, and the associated new pressures on artists to reinvent themselves.

One of the key changes is the decline of album sales. The CD flourished through the 1980s and 1990s, but has been surpassed by digital downloads and streamed music. According to Nielson, in 2013 music sales were down by 6.3%, but streaming increased by 32%. The question is whether streaming is sustainable for artists.

Anthony Elliott wrote on The Conversation last week about the deleterious impact that streaming services, such as Spotify, have on artists. Estimates are that artists get paid about A$0.007 per streamed song – which would be about A$12,600 profit for 1.8 million streams of Katy Perry’s song Dark Horse. Elliott wrote: “Perhaps this might explain why so many emerging artists feel distressed.”

British singer-songwriter Lloyd Cole, of Commotions fame, who is currently on tour promoting his album Standards in Australia and is a visiting fellow at the Hawke Research Institute, University of South Australia, reflected on the impact of this change. He told The Australian:

It’s not all hopeless. By Cole’s reckoning, the money he makes from one person at a gig is “worth three albums”.

This is backed up by the figures. The International Federation of the Phonographic Industry reports that from 1999 to 2009 live ticket sales have climbed from US$1.5 billion to US$4.6 billion.

It is unsurprising that as digital downloading and streaming grows fans will be attracted to live performances, craving an intensity of interaction that is lacking from the digital interface.

Musicians spend more time touring than they do in the studio crafting new albums. Cole is calling his current tour of Australian and New Zealand “The Never Ending Tour,” a grim reflection of the economic necessity of touring.

This reality is at odds with Swift’s claim that “the value of an album is, and will continue to be, based on the amount of heart and soul an artist has bled into a body of work”. There is no time to bleed into an album if you are constantly grinding it out on the road. What does this do to artistic creation?

The changes of the new media environment extend past the album to live performances. As Swift says:

In the YouTube generation we live in, I walked out onstage every night of my stadium tour last year knowing almost every fan had already seen the show online.

To keep the show fresh Swift continually reinvents her show, inviting guests and playing their hits.

What does this say about the role of the performer?

In a generation of media saturation, keeping fans, Swift says, is about “surprising” them. Swift aims to show her fans something they have never seen before. While Swift celebrates this, and her fans must certainly appreciate the experience, it belies the immense pressure to update and change the performance.

In a world in which almost everything had been commodified, pop stars allegedly remained champions of imagination, desire and passion.

The musician continually changing to remain popular and surprising speaks less of creative innovation and more about societal pressure to reinvent.

Swift argues, “In the future artists will get record deals because they have fans – not the other way around”. After all, back in 2005 she used MySpace as a way to communicate with her fan base. But what is an artist to do without a fan base?

In May the indie band Vulfpeck came up with a plan to game the system. They released the album Sleepify on Spotify. All ten tracks were silent, and they asked their fans to stream the album at night on repeat promising to use the revenue to fund a tour. Some US$20,000 later the album has been taken down and they are preparing to go on tour to support their more audible music portfolio.

There are certainly new opportunities opening up in the world of music, and perhaps, as Swift says, “the creative avenues an artist can explore are limitless”. Swift has been able to ride the wave, continually surprising her fans, constantly changing. But what of the artist whose work is not suitable to live shows?

Even if it is not dying there is a darker side to recent changes in the music industry.

Daniel Chaffee does not work for, consult to, own shares in or receive funding from any company or organisation that would benefit from this article, and has no relevant affiliations. This article was originally published on The Conversation. Read the original article.