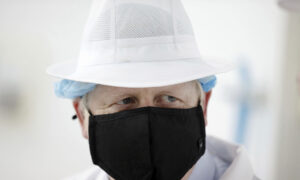 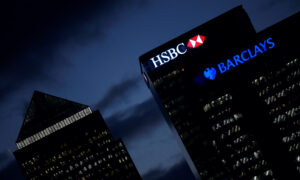 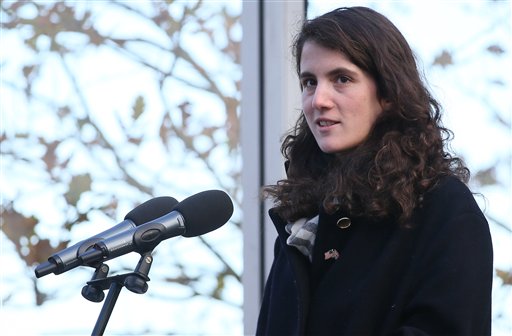 Tatiana Schlossberg granddaughter of President J.F. Kennedy makes a short speech during a ceremony at the JFK memorial at Runnymede, England, Friday, Nov. 22, 2013. A short ceremony took place at the JFK memorial which overlooks the site of the signing go the Magna Carta in 1215. Friday is the 50th anniversary of the assassination of President John F. Kennedy in Dallas. (AP Photo/Alastair Grant)
UK

Tatiana Schlossberg, John F. Kennedy’s granddaughter, made a tribute to the late U.S. president at the Kennedy Memorial in Runnymede, Surrey, United Kingdom.

“It’s a very powerful and important day that we are here,” said Schlossberg, 23, reported BBC.

“”This place that we’re gathered, this incredible memorial behind you and also the acre of land that you are standing on, was given by the British people to America so I’m talking to you on American soil,” she added.

“I’m just deeply moved by the fact that the British people didn’t do this because they were told to, or because they had to, they did it in the spirit of spontaneous generosity and that’s a very powerful thing; something that we need more of in both our countries.”

Professor Tony Badger of the Kennedy Memorial Trust; Lord Hill, leader of the House of Lords; and U.S. ambassador to the United Kingdom Matthew Barzun attended the ceremony.

Kennedy was shot by Lee Harvey Oswald in Dallas on November 22, 1963.

The memorial site features a stone inscribed with words from Kennedy’s inaugural address, as well as several trees.

Schlossberg is one of three daughters born to Caroline Kennedy, JFK’s daughter.