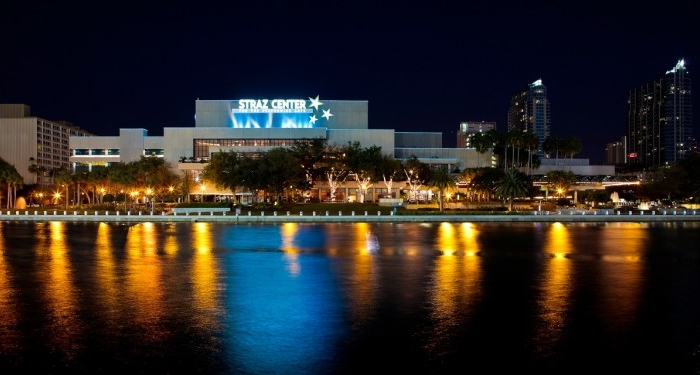 TAMPA, Fla.—Shen Yun was a resounding success in Tampa, presenting three sold-out shows on March 3 and 4 at the David A. Straz Jr. Center for the Performing Arts. One staff member at the Straz Center commented that she hadn’t seen a packed house like this at the Straz in a very long time.

“The dancers—the greatest I’ve ever seen in my life!” said Pepe Urquiaga, who has been a life-long tenor and ballad singer. “The singers, the tenor and the soprano, they were superb. Superb!” he said.

According to the company’s website, “The fundamental characteristic of Shen Yun vocal soloists is their use of bel canto vocal technique while singing Chinese lyrics. This means that the singer must grasp the highly difficult technical requirements of bel canto operatic singing while retaining the proper Chinese articulation and diction—today, this is unparalleled.” The English translation of the lyrics is displayed on the large digital backdrop.

Reann Marchelle, a retired ballerina, said, “I think it was the most beautiful production I think I’ve ever seen! Absolutely marvelous. Very enchanting. Very spiritual—uplifting. It made me feel very enlightened and enriched.”

Speaking from a dancer’s perspective, Ms. Marchelle said: “This was very powerful. It was amazing that everyone was so in sync with each other, [with] everybody’s movement. It was just magnificent.”

Retired TV producer Joyce Bell said of the dancers, “They are so beautiful, so graceful, so athletic! It’s a real treat!”

Classical Chinese dance has a history of 5,000 years. Having absorbed profound wisdom from every era and dynasty, it has become a complete system of dance embodying traditional aesthetic principles.

Amir Behzadan, a professor at UCF, said the performance was fantastic. He especially enjoyed the state-of-the-art digital backdrop, with its animated settings that transport audience members to heavenly realms.

“I think that the best feature was when the performers would jump down, and they would appear on the screen again. I liked that a lot. The paintings [for the backdrops] were perfect,” he said.

Dr. Les Brown, a retired dentist, also felt the use of the backdrops was remarkable. “It’s really unique, and I’m actually shocked that nobody ever thought of the idea before.”

Bob Williamson, a retired designer for Hillsborough County Parks and Recreation, said of the performance, “Excellent! Fantastic! They do such good things.”

Mr. Williamson appreciated Shen Yun’s mission: “They did an excellent job with what they are trying to represent for their country—the culture, and where they came from, and what they did, and how they did it, and how they explained everything with the dance and with the movements.”

“It is sure to be a performance long-remembered by all those in attendance,” Mayor Buckhorn wrote.