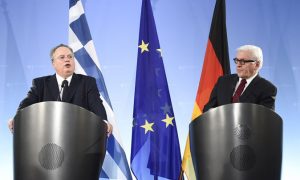 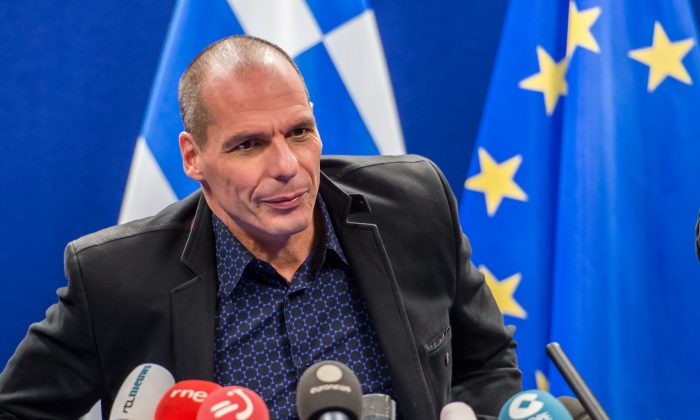 Talks Collapse as Greece Digs in on Anti-Austerity Demands

Talks went nowhere in Brussels today after EU partners failed to get Greece to budge on its demand that the debt-ridden country stick to its previous bailout terms.

Greece Finance Minister Yanis Varoufakis desperately wanted to win concessions that would allow a reprieve from the years of austerity that has brought his country’s people to their knees. They recently voted in Prime Minister Alexis Tsipras, leader of the Coalition of the Radical Left, on terms that he and his party would fight for their relief.

About 20,000 people gathered in central Athens Sunday to support their government. Their concerns attracted about forty solidarity gathering across Europe, Australia, Brazil, and the United States.

The EU proposed a six-month extension of the international bailout program and terms, but Greece’s negotiators rejected that as unreasonable. The current financing program expires at the end of the month. A senior Greek banker said the banks are losing 400-500 million euros every day, according to Reuters.

Greece would like a short-term bridge financing loan without the austerity terms—until a longer-term solution can be found. It has proposed getting its economy in order on its own terms, but Eurogroup partners are clearly unconvinced of the plan thus far.

Writing in the New York Times prior to the meeting on Monday, Feb. 16, the self-described leftist Varoufakis signaled his position, making it clear that the new Greece government is not like the old one.

“We are … determined not to be treated as a debt colony that should suffer what it must. The principle of the greatest austerity for the most depressed economy would be quaint if it did not cause so much unnecessary suffering.”

Varoufakis also attempted to characterize the situation as an opportunity to “transcend national divides,” and “dissolve the creditor debtor-distinction.”

Many of Greece’s European creditors, particularly Germany, are hesitant to give in to Greece too easily for fear of setting a precedent for countries that run up excessive debts. The 240 billion euros (currently $272 billion) in rescue loans Greece is getting come from taxpayers in other countries.

In the end, Varoufakis, a former economics professor, left the door open to a deal, stating that he is ready to “do whatever it takes to reach agreement in the next two days,” while making the distinction that any deal must not have the current austerity terms.

Last Thursday Tsipras told the Eurozone Greece would attend the meeting with a set of reforms to deal with the “shortcomings of the Greek state,” such as corruption and tax evasion.

Despite a recent modest return to growth, the Greek economy is around 25 percent smaller than it was before the crisis, and poverty and unemployment have swelled.

Greece is lumbered by huge debts, which stand at around 175 percent of GDP, and it has repayments this year that it will have trouble meeting without outside help.

“The transition to a new program is the main subject of our negotiation,” he said.

Without an agreed new program, Greece faces bankruptcy—and a possible exit from the eurozone, a development that would damage Greece’s economy, at least in the short-term, and throw global financial markets into turmoil.

Additional reporting by The Associated Press.