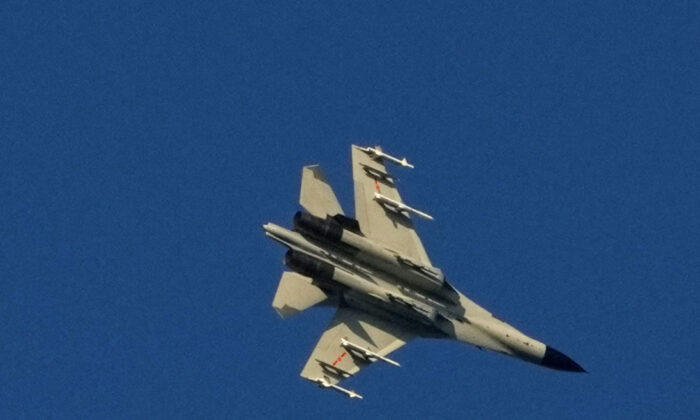 An invasion would severely hurt an already beleaguered Chinese economy

Mystery surrounds why Nancy Pelosi went to Taiwan, but there is no mystery about the trouble that visit caused. Sino-U.S. relations have become exponentially more tense than they already were.

Beijing has used impressive military exercises to make an even more impressive demonstration and even hinted at invasion. It remains an open question where matters will go from here. Because an invasion or blockade would dearly cost the world economy, especially China’s, economics would demand something much less dramatic than some of the speculation circulating in the media these days.

Of course, economics often takes a back seat behind geopolitics and national pride when it comes to war. But because an invasion or a blockade would surely bring economic ruin to an already struggling Chinese economy, its consideration might well tip the scale of probabilities away from some of the more radical options Beijing is entertaining.

More critical is the nature of China’s purchases from Taiwan. Some 64 percent is electrical machinery, mostly semiconductors that are vitally important to China, which at last measure could only produce some 10-15 percent of its needs domestically. Taiwan, in fact, accounts for some 63 percent of the global contract manufacture of microchips, the lion’s share from a single company, TSMC. It accounts for some 92 percent of much sought-after small integrated circuits, those of less than 10 nanometers.

An invasion or blockade would cause the loss of all this. That is especially true of TSMC’s operation. Asked if China could simply take over the firm’s facilities after an invasion, TSMC Chairman Mark Liu explained that because the company depends for parts, software, and diagnostics on real-time connections in Japan, Europe, and the United States, the place would become completely inoperable in the hands of the People’s Liberation Army. Nor is it clear that China, in the event of an invasion, would have use of Taiwan-based production operations in China, including the Apple supplier, Foxconn.

Aside from such direct Taiwanese-Chinese links, China’s relatively brief military exercises did a lot to point up the more general cost (to China and the world) of an invasion or blockade. Those exercises interrupted all shipping in an area of ocean that averages some 240 ships a day. A Chinese blockade, much less an invasion, especially if contested by the United States, would stop all this shipping for an extended time and, in so doing, cripple China’s major ports of Shanghai, Dalian, and Tianjin.

The Taiwan Strait is a major conduit for all North Asia shipping to the rest of the world and the most direct route from South China to North America. It is estimated that just under half the world’s container ships passed through the strait during the last seven months, and 88 percent of the largest of these ships. Tankers carrying 1 million barrels of oil a day pass through that narrow body of water. World trade would suffer, especially China’s.

To be sure, nations go to war and take other military actions despite obvious economic drawbacks. Economists at the turn of the 19th century infamously dismissed the possibility of a European war because, they said, the continent’s extreme economic integration would make war extremely costly. World War I showed the fault in that analysis. Especially when questions of sovereignty are involved and still more when they involve the hyper-sensitivities of China’s leadership, economic considerations may well be dismissed. But they are huge and should factor into Beijing’s calculations.

For economic reasons alone, Beijing would do well to continue with past practices: claim sovereignty but resist forcing the matter and perhaps occasionally make dramatic demonstrations.