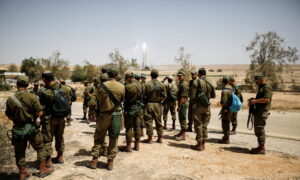 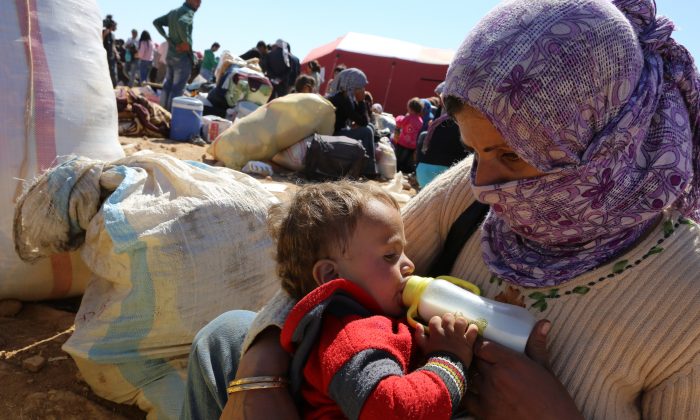 Syrian Refugees to US Could Surge in 2015

Since U.S.-led airstrikes began to target ISIL forces in Syria more than a week ago, one of the largest groups of refugees in the three-and-half-year civil war has fled into neighboring Turkey.

“Over the past two weeks, ISIL forces have advanced in northern Aleppo and over 160,000 people, mostly women and children, fled into Turkey in just a few days,” said Valerie Amos, the U.N.’s humanitarian chief, to the Security Council earlier this week. “Their fear is so great that many people crossed heavily mined fields to seek refuge.”

Though the United States is financially and logistically helping to support the Syrian refugee crisis, precious few of those fleeing Syria are being granted asylum in the United States. America has given $2.9 billion in humanitarian assistance to organizations inside Syria. Part of that money, though they don’t say how much, is designated for refugees.

There are 3 million refugees in neighboring countries and 6.5 million people displaced inside Syria, according to the U.S. State Department.

The rise of ISIL has complicated Syria’s civil war, and Amos told the Security Council that the actual number of people who have left Syria is “far higher” than the registered 3 million.

“Those who can, flee,” she said simply.

It’s not clear how many more Syrian refugees will be welcomed in America.

In its 2015 refugee admissions plan released Tuesday, the White House did not specify how many people from Syria would be admitted. The region of the Near East and South Asia may send 33,000 refugees. Syria is within that region.

A State Department official who spoke to the Washington Post on the condition of anonymity did say that the United States has gotten more than 4,000 Syrian referrals just in the past few months. The official also said that “large numbers” of Syrian refugees will come to America in 2015.

For 35-year-old Syrian refugee Omar al-Muqdad, there needs to be some alternative to the camps across the region with less than ideal conditions. He has family and friends who are refugees in Turkey, Jordan, and elsewhere.

“They are not so happy to stay there,” he said, pointing specifically to Jordan as a problem case according to accounts that he hears. “It seems like a nightmare to stay there.”

The al-Ghad Al Arabi TV reporter, who is now based in Washington, D.C., formerly reported for CNN in Syria and got refugee status in 2012. He points out that so far the total number of refugees admitted to the United States has been incredibly small, compared to the need.

“Last year, they were talking about 15,000 Syrian refugees, but they took 31 that came to the United States from overseas as refugees,” he said, adding that most of them are people he knew already. He said other Western countries have done more.

“If you look to Europe for example—Germany, Sweden—they are small countries compared to the United States but they have still taken thousands of Syrians. For the neighboring countries [near Syria] it really became a problem. These countries are very small. They cannot protect them in different ways. In the U.S. it is very easy to take thousands of people.”

Al-Muqdad believes that the most vulnerable and needy should be highest on the priority list going forward.