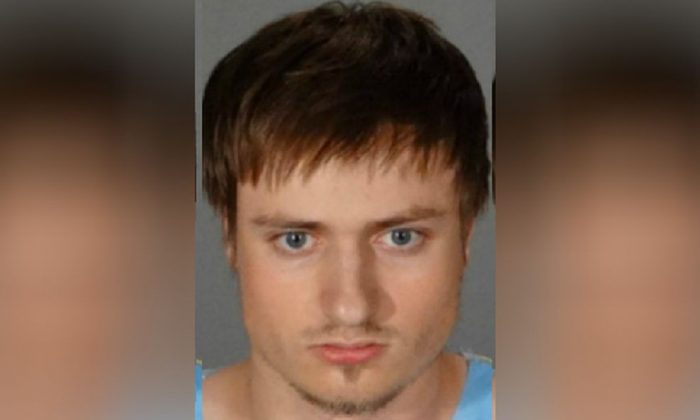 The identity of a 20-year-old Indiana man arrested with an arsenal of weapons and bomb materials while on his way to the Los Angeles Pride Parade on Sunday was revealed by officials.

James Wesley Howell, 20, is in custody in the Los Angeles County Jail as the FBI and the Santa Monica Police Department investigate him, reported the Indianapolis Star.

A friend of Howell’s told the Los Angeles Times that Howell owned a gun collection, but he had no enmity toward the Pride festival. TMZ, meanwhile, reported that he got into an argument with a neighbor last year before pulling a gun on him. He was arrested and charged with pointing a firearm at another and intimidation.

Cops found three assault rifles, ammunition, and a five-gallon bucket “with chemicals capable of forming an improvised explosive device,” they told the Star.

The case doesn’t appear to have anything to do with the mass shooting at a gay nightclub in Orlando, Florida, on Sunday morning that left 50 people dead.

Howell said he traveled to California to attend the Pride Parade.

Police arrested him after he was knocking on a resident’s door and window, prompting a call to 911, KTLA-TV reported.

Officers responded and made contact with Howell, who was sitting in his car.

“Today, we were also informed of … an individual here … who said he was coming to Pride, and who was heavily armed and apprehended by Santa Monica Police Department officials last night,” the mayor told the station.