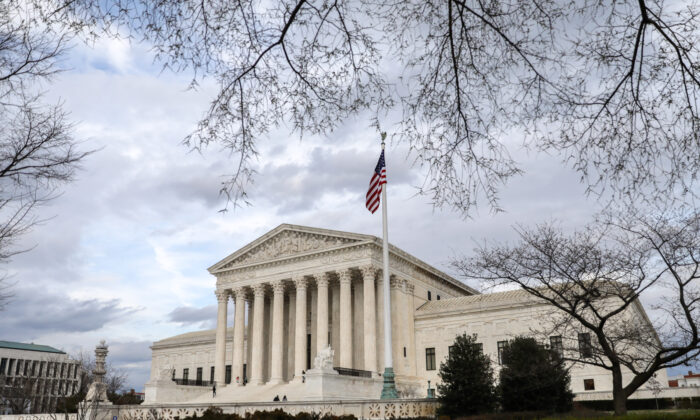 The Supreme Court has been asked to referee a dispute on whether Wisconsin voters can continue to submit absentee ballots six days after election day.

The 6-day extension on the voting deadline for absentee ballots was granted by a district court judge on April 2 in order to provide relief for the disruptions caused by the CCP virus pandemic on the April 7 primary election. Although many other states have postponed their primaries in order to comply with public health orders on gatherings, Wisconsin is expected to proceed, after Republicans pushed back on the governor’s last-minute efforts to delay.

The lawsuit was first filed by Democratic Party organizations, individual voters, and various liberal groups to seek relief from complying with certain provisions of Wisconsin law that pose an obstacle to absentee voting, such as suspending a deadline where ballots arriving at polling places after 8 p.m. on election day may not be counted.

U.S. District Judge William Conley granted various accommodations on April 2, including an extension on the deadline when absentee ballots can be returned, through 4 p.m. on April 13. Conley also extended a deadline, which has since passed, for requesting an absentee ballot and to remove a witness certification requirement.

The state Republican-controlled legislature and the Republican National Committee then filed an appeal at the 7th Circuit Court of Appeals, which restored the witness certification requirement but kept the extension on the deadline for submitting absentee ballots through April 13.

Then on April 4, the Republicans asked the Supreme Court to block the lower court’s decision to grant the 6-day extension to the voting deadline for absentee ballots in an emergency request for a stay.

“Applicants seek a stay of the district court’s injunction to the extent it requires the State to count absentee ballots postmarked after April 7, thus clarifying that absentee ballots must be postmarked (or personally delivered to the polls) no later than April 7 in order to be counted,” the Republicans wrote in their filing (pdf).

The Republicans argue that by permitting the extension, it would threaten the state’s “election integrity, voter confidence and the orderly administration of an election that already has strained state resources due to the difficult circumstances associated with COVID-19.”

The Democrats responded to the petition on Sunday in a filing arguing that the relief was necessary because the pandemic had “wreaked havoc on Wisconsin’s upcoming April 7 election, driving poll workers and voters away from the polls, dramatically escalating the number of requests for absentee ballots, and overloading Wisconsin’s absentee-voting process.”

They said they had initially asked to postpone the deadline for the receipt of absentee ballots that were postmarked on or before election day “but it quickly became apparent that thousands, if not tens of thousands of voters would not even receive their timely requested absentee ballots until on or after April 7,” leading the Democrats to request further relief.

They added that if the deadline for casting an absentee vote was upheld, then thousands would be disenfranchised without the relief.

“The district court granted relief only to the limited extent necessary to address the ‘severe’ burdens ‘faced by voters who, through no fault of their own, will be disenfranchised by the enforcement of’ the April 7 absentee ballot-receipt deadline, given that ‘even the most diligent voter may be unable to return his or her ballot in time to be counted,'” the Democrats and groups wrote in their filing (pdf).

Tuesday’s election has garnered much political controversy. Wisconsin’s Governor Tony Evers, a Democrat, had previously refused calls to postpone the election over concerns that a delay would leave local official spots empty as they expire on April 21. This stance had infuriated many Democrats in his state.

Evers declared a mandatory stay-at-home order (pdf) for Wisconsin on March 25 but waited until April 3 to take executive action to try to postpone the election. He called for an emergency legislative session on April 4 to address the voting issues in an attempt to delay the election.

On April 4, the state Assembly and state Senate each gaveled in and out within seconds of opening the special sessions, reported Milwaukee Journal Sentinel.

Meanwhile, Republicans, who are opposed to delaying the election, have criticized Evers of flip-flopping about the election in recent weeks.

“If the governor had legitimate concerns, we could have come to a bipartisan solution weeks ago. This discussion would have happened long before today. The only bipartisan discussion we’ve had was to ensure the election would continue safely and to maximize the opportunity to vote absentee,”  Speaker Robin Vos and Senate Majority Leader Scott Fitzgerald said in a joint statement on April 3, responding to Evers’s call for the special session. “Unfortunately, it’s this type of feckless leadership Wisconsin has come to expect of the governor in the face of this crisis. Instead of remaining strong to ensure our representative democracy continues, he caves under political pressures from national liberal special interest groups.”

“Our Republic must continue to function, and the many local government positions on the ballot must be filled so that municipalities can swiftly respond to the crisis at hand. We continue to support what Governor Evers has supported for weeks: the election should continue as planned on Tuesday,” they added.

The Republicans have asked the Supreme Court to make a decision on the application by Monday.