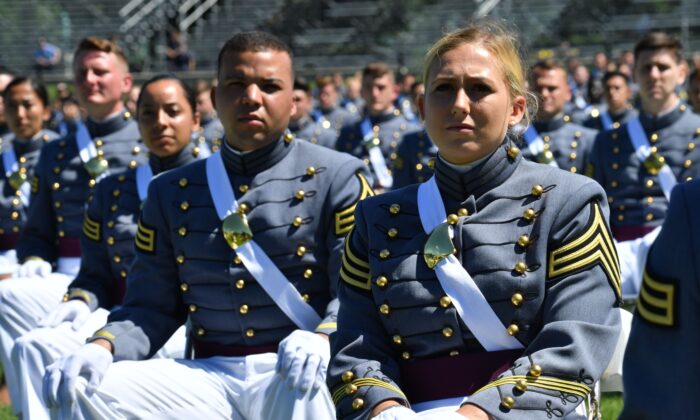 Supreme Court Ruling Does Not Change Abortion in the Military

The Supreme Court overturning Roe v. Wade does not directly impact the abortion policies of the U.S. military. The Department of Defense provision of abortion services has always been limited under federal law.

The Hyde Amendment prohibits federal funding for abortions except when the pregnancy threatens a woman’s life or in certain cases of rape and incest. These exceptions would be the only time a military treatment facility would be permitted to perform an abortion.

The rate of unintended pregnancy among servicewomen is 50 percent higher than in the general population. If military women wish to obtain an abortion for reasons other than a severe threat to their health, they would have to go off base and pay for the abortion themselves.

Despite claims in mainstream media and the Twitter-sphere, the military did not ban abortions in the past, nor are they banning them now.

“The Department is examining this decision closely and evaluating our policies to ensure we continue to provide seamless access to reproductive health care as permitted by federal law,” U.S. Defense Secretary Lloyd Austin said in a Department of Defense (DOD) statement on June 24 regarding the Supreme Court’s Decision to overturn Roe v. Wade.

As for women serving in states where abortion may now be illegal, the laws on military bases are not determined by state law but rather by the Uniformed Code of Military Justice and federal law. The Supreme Court overturning Roe v. Wade does not alter federal law or DOD policy and does not change the rules on a military base.

Mainstream media and liberal politicians, including the president, have falsely claimed that female service members are losing their access to “reproductive healthcare.” This is not true. Obstetrics and gynecology (OBGYN) is covered under military healthcare. And abortions will still be available in cases where the mother’s life is endangered.

Some media have raised objections that women serving in the U.S. military overseas may find it challenging to obtain an off-post abortion if the host country does not allow abortion. And while this may be true, this has not changed because of the Supreme Court’s decision.

An objection that has been raised against the Supreme Court ruling is that women in a training unit are often barred from traveling. This has always been the case, though, and it is also true for men. Part of the commitment one makes when joining the military is that the military decides when and where you serve.

Another objection was that female service women unable to obtain an abortion might be faced with raising a child on a low military salary. But again, this is true of men and women who serve in the military and opt to have children.

Further objections include frequent moves imposed on servicewomen preventing them from forming trusting relationships with their OBGYN service provider. This is most likely true, but all military people must relocate when told to do so and are provided medical care at their new post.

Another argument was that women who were medically injured by illegal abortions might be denied overseas deployment. Of course, being medically fit is a requirement for most deployments. So being hit by a car, acquiring a severe illness, or being damaged in an illegal medical procedure could preclude men or women from deploying overseas.

The only change for women in the military is if they are serving in a state that has now banned abortion. In this case, they would not be able to conveniently drive outside the base, have an abortion, and return to work quickly. Instead, they would have to go to a state where abortion is legal, which is no different than any other woman.

A proposed requirement attached to the 2023 defense spending bill released on June 14 by the House Appropriations Committee would guarantee that female service members would be granted leave to travel out of state to obtain an abortion. Similar bills, as stand-alone legislation, have also been proposed elsewhere in Congress.

Aside from the expected pushback from Republicans on pro-life grounds, such proposed legislation is expected to meet with opposition in the military, where having service members guaranteed discretionary leave might hinder the military’s effectiveness.