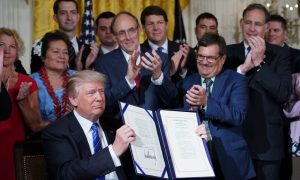 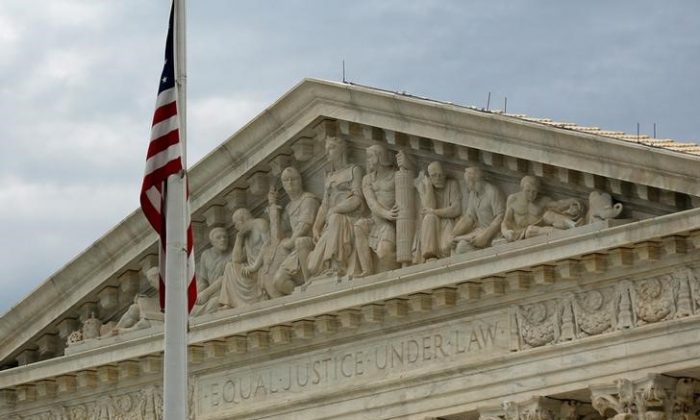 A view of the U.S. Supreme Court building is seen in Washington, DC, on Oct. 13, 2015. (Jonathan Ernst/Reuters)
Politics

In rendering the decision, the court now will allow the government to enforce the ban, except on people who are plaintiffs in the case and those who have a good-faith relationship with the United States.

An example of people who have a good-faith relationship are relatives who want to join people who are legally living in the United States and students who want to travel to the country to study at American universities.

Refugees, meanwhile, would need a U.S. connection—such as being related to a citizen in order to be excluded from the ban.

Justice Clarence Thomas, who wrote an opinion on the ruling, believes that the ban not being upheld in full may open the door to a flood of litigation.

“Today’s compromise will burden executive officials with the task of deciding—on peril of contempt—whether individuals from the six affected nations who wish to enter the United States have a sufficient connection to a person or entity in this country,” Thomas wrote.

President Trump signed the travel ban, officially titled Protecting The Nation From Foreign Terrorist Entry Into The United States, on March 6, 2017. The ban prohibits travel from six countries: Iran, Libya, Somalia, Sudan, Syria, and Yemen. Iran, Sudan, and Syria have been identified as state sponsors of terrorism by the U.S. Department of State. Terrorist groups like ISIS and al-Qaida operate in the other three countries. When Trump signed the order, a number of protests erupted across the United States.

The six countries have a predominantly Muslim population.

The Supreme Court’s ruling comes on the heels of Eid al-Fitr, a Muslim holiday celebrating the end of Ramadan, the Islamic month of fasting.

During the 2017 Ramadan, Islamic terrorists carried out 174 terror attacks, killing 1,595 people, and wounding 1,557, according to The Religion of Peace, a website tracks Islamic terror across the globe.

This year Trump did not hold an official dinner to mark the end of Ramadan, breaking with a 20-year tradition by U.S. presidents, which started during the administration of Bill Clinton. Hillary Clinton asked Abdul Rahman al-Amoudi, now a convicted terrorist, to prepare the guest list for the first such dinner, according to a court affidavit filed by Professor John Esposito.