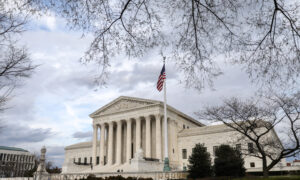 The Supreme Court ruled that Congress had intended to provide greater protection to older federal workers in age discrimination cases compared to private-sector and local and state workers.

The top court found that the Age Discrimination in Employment Act of 1967 (ADEA) requires that employment-related decisions “be untainted by any consideration of age.” This makes it easier for federal workers over 40 to sue over any age bias as long as they can show that age was a factor in the decision-making process.

But the justices stopped short of extending the lower standard to the types of remedies the workers could seek. To obtain relief such as hiring, reinstatement, back pay, and compensatory damages, a plaintiff still needs to show that an adverse employment action would not have been made if it weren’t for the person’s age. If age was one of the factors, but not the only factor, then plaintiffs can seek injunctive or other forward-looking relief.

“While [petitioner Noris] Babb can establish that the [U.S. Department of Veteran Affairs] violated §633a(a) without proving that age was a but-for cause of the [department’s] personnel actions, she acknowledges—and we agree—that but-for causation is important in determining the appropriate remedy,” Justice Samuel Alito wrote in the 8–1 ruling (pdf).

She then sued the VA under the ADEA, which states that any personnel actions made by the federal government must be made “free from any discrimination based on age.” The district court judge ruled against her, and that decision was affirmed in the U.S. Court of Appeals for the 11th Circuit.

The question considered during the case was about the standard that federal workers had to show in order to prove that age discrimination was the reason for an adverse employment action such as a termination.

Babb argued that she only needs to prove that age was a “motivating factor” behind VA’s decision to not promote her to prove discrimination. Meanwhile, the department argued that for there to be discrimination, an individual would have to show that he or she would have obtained the job “but for” his or her age, which is a higher standard to meet.

Alito also said that Congress had intended to hold the federal government at a stricter standard in the ADEA compared to private-sector employers and state and local governments. He said that instead of expanding the definition of employers in the law, it chose to “deliberately prescribed a distinct statutory scheme applicable only to the federal sector.”

“We generally ascribe significance to such a decision,” he wrote.

Meanwhile, Justice Clarence Thomas was the lone dissenter in the case. He said the majority’s ruling is so “broad” that a plaintiff “could bring a cause of action even if he is ultimately promoted or hired over a younger applicant.”

“This novel ‘any consideration’ standard does serious damage to our interpretation of antidiscrimination statutes and disrupts the settled expectations of federal employers and employees,” he wrote.

Alito sent the case back to the district court to decide on the appropriate relief if Babb is able to show that the VA had violated the ADEA.