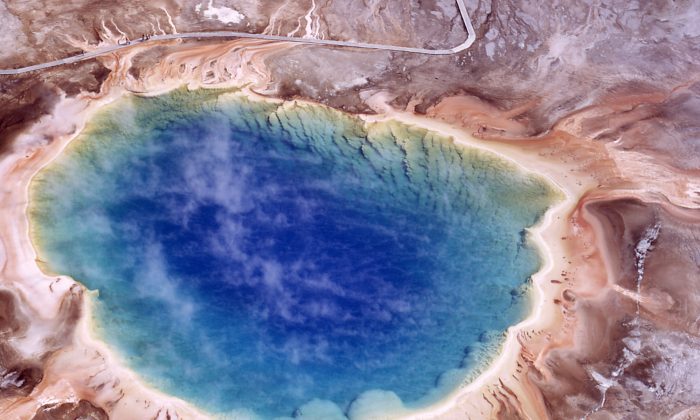 The supervolcano beneath Yellowstone National Park in Wyoming is far bigger than thought.

A new study shows that the magma chamber is about 2.5 times bigger than previously thought.

A team that included professor Bob Smith of the University of Utah found that the cavern stretches for more than 55 miles.

The team presented the findings at the American Geophysical Union’s fall meeting in San Francisco on December 13.

“We’ve been working there for a long time, and we’ve always thought it would be bigger… but this finding is astounding,” Smith told BBC.

The findings point to the potentially disastrous consequences if the volcano were ever to blow.

The team used a network of seismometers to map the gigantic chamber.

“We record earthquakes in and around Yellowstone, and we measure the seismic waves as they travel through the ground,” said Dr. Jamie Farrell, also of the University of Utah.

“The waves travel slower through hot and partially molten material… with this, we can measure what’s beneath.”

Smith said researchers are unsure when the supervolcano would erupt again.

One theory is that eruptions happen every 700,000 years ago, but Smith said more data is needed to back that theory up.