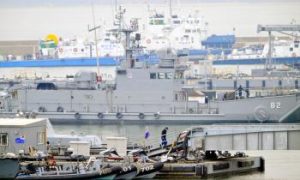 Exchange of Artillery Fire between North and South Korea
0 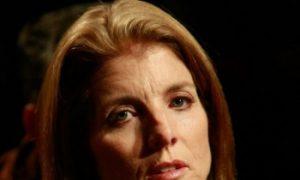 By Alex Johnston
Print
A supercomputer won a practice match on the show Jeopardy against two top human players, according to media reports, including Reuters, this week.

The IBM computer, named “Watson,” has the advanced ability to understand language, making it more sophisticated than the company’s Deep Blue model, the machine that beat chess champion Garry Kasparov in 1997.

In the practice round, Watson defeated Ken Jennings, who won 74 games in a row several years ago, as well as Brad Rutter, who has won nearly $3.3 million on the game show.

“Natural language is such a different ballgame,” Dave Ferrucci, lead researcher on the Watson program, told the Globe and Mail newspaper. “Humans write things for other humans—there’s stuff that’s unspoken, only implied. There’s nuances; there’s almost an infinite number of ways you can say something.”

CNNMoney reports that Watson was loaded up with more than 200 million pages of text to analyze contextual clues in language, figuring out how certain words correlate.

“We are at a moment where computers and computer technology now have approached humans," Dr. John E. Kelly III, the IBM Senior Vice President and Director of IBM Research, told Wired magazine. “We have created a computer system that has the ability to understand natural human language, which is a very difficult thing for computers to do.”

The supercomputer uses 15 terabytes of RAM, 2,880 processor cores, and operates at 80 teraflops on 10 IBM POWER 750 racks, according to Wired. That means that Watson operates at 80 trillion operations per second.

Kelly told the magazine that the supercomputer could provide practical applications in business, law, and medicine.

When the real match takes place, the grand prize is $1 million, second place is $300,000, and third is $200,000. Jennings and Rutter will donate their prizes to charities, and Watson will donate the entirety of its prize, according to an IBM press release.