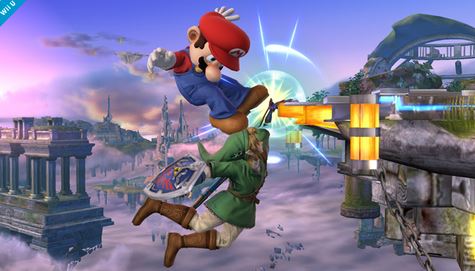 Super Smash Bros 4: New Character to be Introduced via Live Stream, Will it be Mewtwo or Chrom? (+Rumors, Full List)

Super Smash Bros 4, which has a October 3 release date for Nintendo 3DS and a winter release pegged for Wii U, will have another character announced soon.

Game director Masashiro Sakurai announced on Friday that a new character would be revealed on Monday.

“Instead of doing the unveiling on something like a Nintendo Direct, we’re going to live-stream the reveal on the official website on Monday, July 14, at 7:00 AM US Pacific Time (4:00 PM European Central Time),” he said.

“Looks like we’re nearing the bottom of the stash of new challenger videos that we’ve made… Like always, we put a lot of effort into it, so I hope you’ll enjoy watching it live.”

A number of characters have already been announced, including returning ones such as Yoshi, Peach, and Marth and new ones such as Wii Fighters, Little Mac, and Greninja.

Speculation has been increasing that Captain Falcon, Ness, and Jigglypuff will be announced soon. All three characters have been in every Super Smash game so far.

A number of other characters could appear in the game, including Mewtwo, Ganondorf, Falco, Chrom, and Meta Knight.