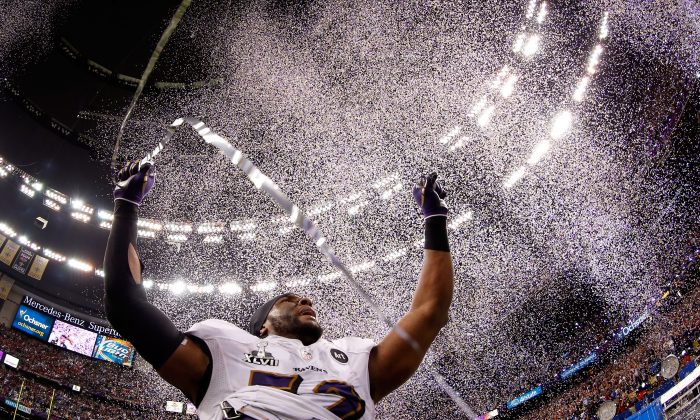 Super Bowl to Boost NY, NJ Economy by Half a Billion

NEW YORK—The February 2014 Super Bowl will generate anywhere from $500 to $600 million for the economies of New York and New Jersey, representatives from the NY/NJ Super Bowl Host Committee announced Oct. 24.

During an early morning breakfast on the 30th floor of Thomson Reuters, President and CEO of NY/NJ Super Bowl Host Committee Alfred F. Kelly Jr. spoke of the benefits of the yearly championship game.

“End of January, beginning of February, being a slightly slower time of year, we want to make sure that everybody is geared up and realizes that it’s not going to be their normal slow time of the year,” he said.

Tisch said that back in 2001, after 9/11, one of the ideas to revive the economy was to host a Super Bowl, which would create revenue for businesses, hotels, and venues.

“This is for the region, we’re creating jobs [and] these are good jobs,” he said.

Johnson said New York City as the host city will create excitement not only for those who visit, but also for the millions of people who will watch the Super Bowl around the world.

“This city particularly feeds on energy, and I think it puts a smile on all of our faces when we see what happens in New York,” he said.