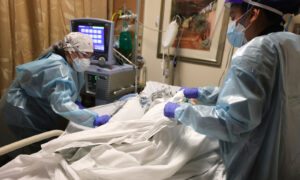 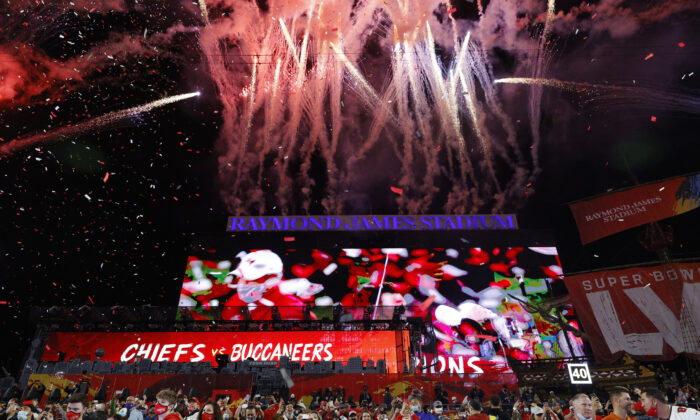 The viewership numbers for this year’s Super Bowl experienced a drop from the previous year and the lowest since 2006, according to data.

Sunday’s Super Bowl LV averaged 96.4 million viewers across all platforms, according to ViacomCBS-owned network data released on Tuesday. An average of 91.6 million viewers watched the game broadcasted on CBS.

The Buccaneers made history as they are the first team who have played, and won, a Super Bowl in its home stadium, which has a maximum capacity of 65,890.

Approximately 25,000 fans watched this year’s game inside the Raymond James Stadium in person, with numerous others nearby watching in bars and other venues. The first-ever Super Bowl played in 1967 at the Los Angeles Coliseum, was played in front of 61,946 fans.

This year’s match-up in Tampa, Florida was the culmination of a National Football League season that once appeared in doubt, as the CCP (Chinese Communist Party) virus spread through the United States and disrupted the world of professional sports.

Ratings this year plunged by roughly 9 percent compared to last year’s Super Bowl, when an average of roughly 102 million viewers watched the Kansas City Chiefs beat the San Francisco 49ers across Fox and streaming, according to Nielsen data.

Although the overall viewership was a disappointment, CBS said the company has seen a growth in the game’s internet streaming, attracting an average of 5.7 million viewers per minute.

Audiences have been turning to streaming platforms in recent years, and CBS said Sunday’s contest was the most live-streamed NFL game ever.

CBS said it had sold out commercial time for the game. A 30-second ad sold for about $5.5 million this year, about the same as last year.