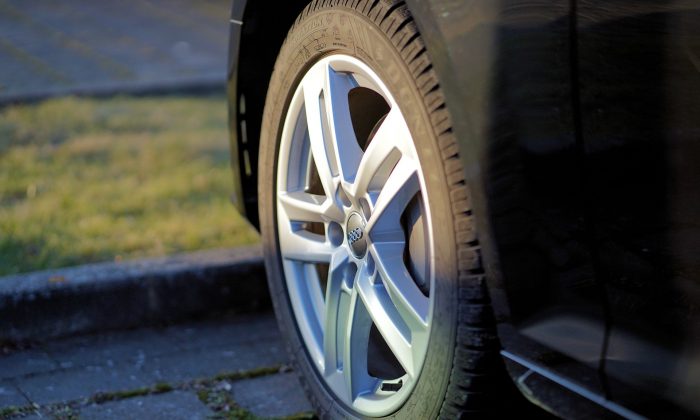 Stranger Buys New Tires for Woman, All He Asks in Return Is She ‘Pay It Forward’

An Australian woman never expected to get some new car tyres out of a trip to McDonald’s.

In a now viral Facebook post, Tegan Langley, from the Gold Coast, Queensland, shared about how she was bowled over by a stranger’s generosity after the man noticed that her car was in need of a new set of tyres.

Langley wrote that she was waiting in a McDonald’s car park on Feb. 21, when a man walked up to her window, and asked if she knew about the poor state of her tyres. Langley replied that she did, but that she could not afford to replace them at that time.

So the man took Langley to the Bridgestone Tyres center across the road, and paid for the replacement of three of her tyres, as well as a wheel alignment.

It cost $535 in total. She included a picture of the receipt in the post.

“This complete stranger … explained he couldn’t live with himself if he walked away from the situation knowing they were about to blow at anytime,” the post reads.

She said the man left without providing any contact details, and only after “[paying] $535 dollars, a lot of tears on my behalf, a few hugs, three brand new tyres, a wheel alignment later and the offer to fuel up my car.”

Langley said the man, who she later found out was named Tony, did not ask for anything in return, only that “one day when I’m in the position where I’m able to help someone I pay it forward.”

According to the post, Tony was accompanied by his two sons.

Langley used the post to express her gratitude to the kind stranger: “Tony if this ever reaches you, thankyou! Thankyou for your utterly selfless act, your kind words, for restoring my faith in humanity. From the bottom of my heart thankyou!”

The post, which has gotten more than 52,000 reactions, was flooded with positive comments applauding and thanking the good Samaritan.

One commenter on the Facebook post wrote: “In tears reading this…bless him…this is life, paying it forward when we can. Thank you Tony for teaching your boys.”

Another wrote: “What a wonderful act of kindness – so nice to read such a beautiful story in today’s selfish & uncaring world… what goes around comes around Iam sure Tony will get a beautiful surprise himself one day – he is a real champ!!!”