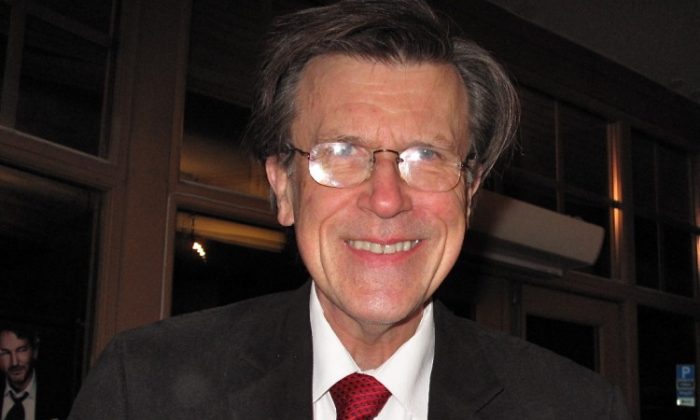 STOCKHOLM, Sweden—Attending the second performance of Shen Yun Performing Arts at the Circus in Stockholm was for Mr. Haeckner, professor emeritus at the University of Stockholm, “extraordinary.”

I’ve never experienced anything like this before,” he said. “I think this is true art. For me, art is something that touches you and something you will always remember and this show is such.”

Many other visitors in the audience shared Mr. Haeckner’s enthusiasm. During the performance, exclaims of “bravo” were to be heard after many of the program pieces, with three curtain calls and a standing ovation after the  conclusion of the performance.

Shen Yun Performing Arts Orchestra is unique, seamlessly blending the sounds of the East and the West to to create one fresh, harmonious sound, according to the company’s website. A Western philharmonic orchestra plays the foundation, while traditional Chinese instruments, such as the erhu, dizi, pipa, and suona, lead the melodies.

Although he had never heard any music like this before, Mr. Haeckner was very touched by it.

“The music was totally new to me, but I enjoyed it very much, and it blended in so well with the stories told [through the dances],” he said. “And it’s extremely well-composed.”

Mr. Haeckner experienced how the performers were radiating emotion with their performance on the stage, which impressed him.

“In the movements, in the dances, the dancers give their emotions to the audience and they express what they think, what they feel, with their bodies and choreography,” he said. “That is great, I loved it.”

Shen Yun´s performances depict both traditional Chinese culture and stories from the modern China, where human rights of practitioners of the spiritual practice Falun Gong are violated.

The current situation in China with many millions of people being persecuted for their faith and affiliation to traditional Chinese belief, based on the principles of truthfulness, compassion, and forbearance, left Mr. Haeckner puzzled. “We cannot understand that,” he said, referring to himself and his wife.

Mr. Haeckner is a renowned professor emeritus of business administration at the Lulea Stockholm University of Technology. He has conducted research in various fields related to business and management topics and contributed to many books based on his experience as a former CEO, CFO, and board director of several major enterprises in Sweden.

Mr. Haeckner’s membership in the Rotary club enabled him to get to know Shen Yun through a seminar on Chinese culture. Now he will recommend it to his friends.

Shen Yun is “very different from the shows given in the Western world in theaters,” said Mr. Haecknet. “I like that it’s so different and special and emotional to look at it.”

Reporting by Mary and Peter Sanftmann.