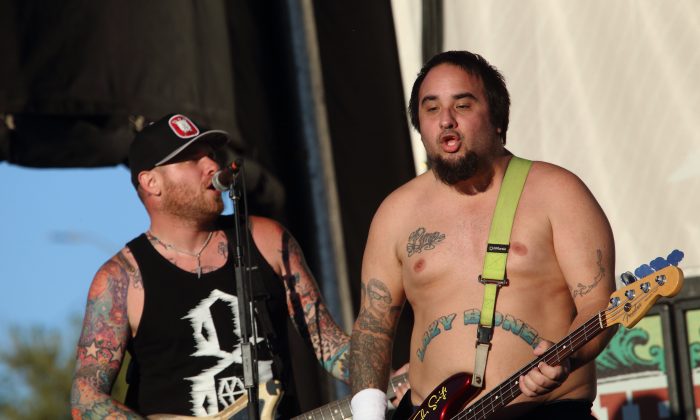 Steve Klein, who was with New Found Glory until recently, has been charged with two criminal acts involving sexual acts with minors.

He was also charged with possession of child pornography.

Klein, 34, was booted from the rock band on December 11, 2013 for unspecified “personal differences,” reported Billboard. Court documents show that he was arraigned the next day for the felony charges.

Klein pleaded not guilty and remains free until scheduled court appearances on March 20 and April 10.

He was a founding member of the band, which formed in 1997 and plans to tour North America and the United Kingdom this fall.

Klein’s attorney Debra White said in a statement sent to media outlets that Klein is not accused of having any lewd actual physical contact with any minor and that all charges against him are derived solely from online consensual video chats between Steve and some female strangers he met on an adult website. Steve believed the females were over the age of 18.

New Found Glory later released a statement in which it said that the band “made the decision to part ways in order for him to deal with these personal issues.”