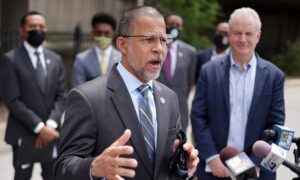 Steamboat Geyser Erupts in Yellowstone National Park in US (+Photo)

Yellowstone National Park had a steamboat geyser eruption on Friday, for the first time in eight years.

No one knows when the geyser will explode next.

Steamboat is the biggest geyser at the park, out of 500.

“It was an amazing experience. This thing sounded like a locomotive,” Robb Long, a freelance photographer from Sioux Falls, S.D., said. “Everybody was frantic, taking pictures. People were running down there trying to get to it before it went away, and park rangers were running around trying to gather up people so they didn’t get too close.”