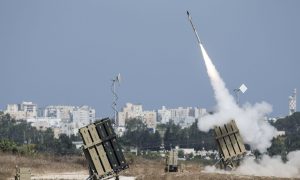 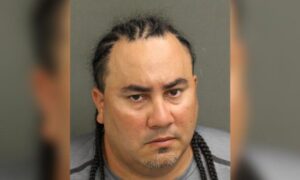 State Trooper, Wife Killed: Threats Were Made in the Past

A former Pennsylvania state trooper denied a no-contact order and burst into a supermarket on Thursday, shooting his wife with a shotgun before he turned the weapon on himself. Court documents say that he threatened to kill his wife two months ago.

Traci Miscavish, 49, and shot and killed by husband Mark R. Miscavish, 51, at the County Market near Philipsburg on Thursday, reported the Centre Daily Times.

His wife filed for divorce last week. Earlier this year, he was arrested on charges that he attacked her and threatened to kill her.

The Times reported that he assaulted her on Jan. 23 in their Rush Township home after she told him she wanted a divorce; they were married for around 30 years.

According to ABC, his wife said Mark Miscavish “pulled a handgun out of a drawer, showed it to her and said he was killing her then himself.”

She added, “He said that he doesn’t care anymore and has nothing to lose and if he can’t have her then nobody can.”

Mark Miscavish was thrown in jail for a week and was released on bail after the incident. On Thursday, the prosecution in his case said they opposed releasing him from detention.

Elaborating on the incident, Centre County District Attorney Stacy Parks Miller told WeareCentralPA.com that he “pulled out a roll of duct tape, and attempted to tape her hands together. He then reached over into a dresser drawer and pulled out a handgun. At that time he made threats of killing her.”

Bruce Morris, the Troop C Public Information Officer for the Pennsylvania State Police, told the website that Mark Miscavish was a trooper until he retired a few years ago.

Morris said that the investigation into the case is not finished.

“Anything’s possible so we have to cover pretty much all bases,” he said, and added that some questions include “are there multiple shooters? Is this the kind of thing that he acted alone? Was there someone that was involved on the outside? There’s all sorts of different scenarios like that. I mean you could analyze this any different way.”