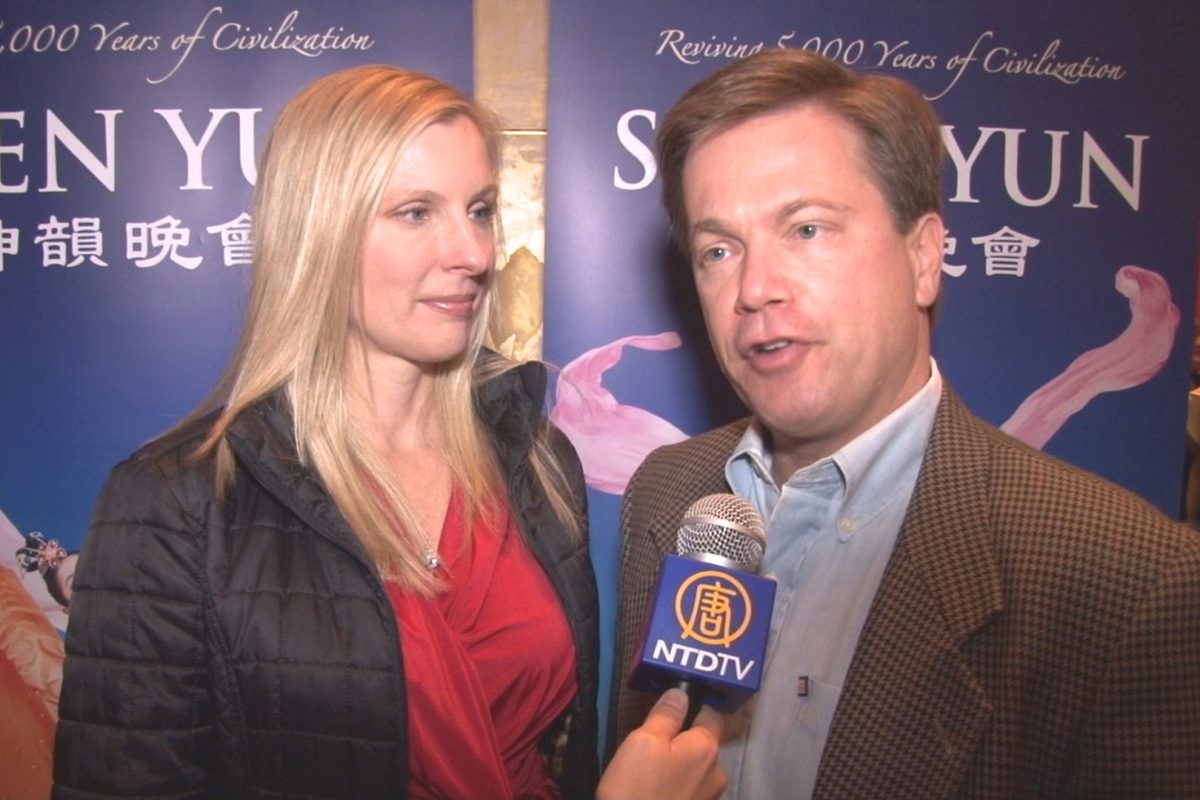 Her husband, who is serving his 8th term in the Georgia House of Representatives, agreed. “Well, it’s been great so far, and I know the second half is going to be wonderful as well,” Mr. Golick said.

“They are really beautiful,” she said. “It’s obvious that they’ve put a lot of work into the details. They’re just beautiful costumes.”

Mr. and Mrs. Golick said that they had heard of Shen Yun for several years from friends who urged them to attend. They finally took the opportunity to buy some tickets, “and I’m glad that we did,” Mr. Golick said.

“We’re really fortunate to be here and to be watching the performance,” he concluded.

Shen Yun seeks to revive a culture that was almost lost due to 60 years of communist rule. “For 5,000 years divine culture flourished in the land of China,” reads Shen Yun’s website. “Humanity’s treasure was nearly lost, but through breathtaking music and dance, Shen Yun is bringing back this glorious culture.”

The encompassing energy of China’s divine culture, as relayed by Shen Yun, was not lost upon Mr. Golick. “We’ve gotten a real sense of Chinese history,” he said. “The performers have been excellent. It’s very exciting. The stories they tell are incredible.”

“It’s been great for the children as well,” added Mrs. Golick.

With reporting by NTD and Michael Fitzgerald