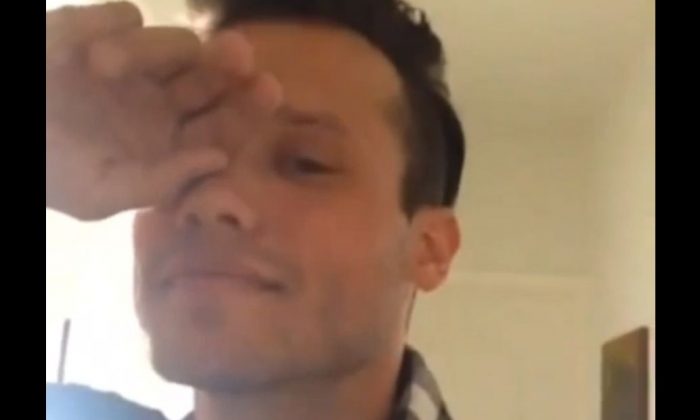 A man now dubbed the “Starbucks Drake Hands” or “#StarbucksDrakeHands” guy posted a video online in an attempt to flatter a love interest but he’s now been imitated en masse, becoming an Internet meme.

The man, who was identified as Brody Ryan Curtis by the Daily Mail, went up to model Piper Kennedy at a Los Angeles-area Starbucks and asked for her number. She gave it to him and he later sent it to her friend, who posted it on his Instagram account.

The video shows Ryan looking into the camera with a serious face before he cracks a smile and puts his hand over his face while Drake’s “Hold On, We’re Going Home” is playing in the background.

It was later uploaded to users’ Vine and YouTube accounts, drawing numerous parodies, including one with a horse mask and another with small children.

UPDATE: Kennedy spoke with the Daily Mail, saying that she will meet Ryan at a coffee shop in the near future.