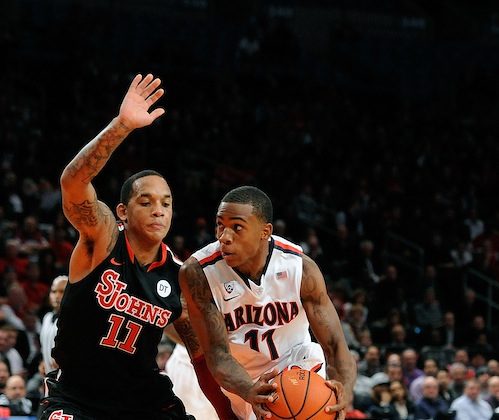 St. John’s freshman guard D’Angelo Harrison, the country’s third leading scorer among freshmen was named to this week’s Big East Honor Roll as announced by the conference on Monday.

The 6-foot-3-inch Harrison, who leads all Big East freshmen in scoring at 16.4 points per game, put up a career-high 29 points at Depaul on Wednesday, Feb. 1, in an 87–81 victory for the Red Storm. Included in his performance were a career best, seven 3-pointers as the Johnnies shot 50 percent from the floor for the game.

Harrison followed up that performance by scoring 23 points in St. John’s 95–70 loss against Syracuse Saturday at Madison Square Garden. Harrison hit five more 3-pointers and also dished out five assists in the loss.

St. John’s next game is Wednesday night against Cincinnati at Madison Square Garden.