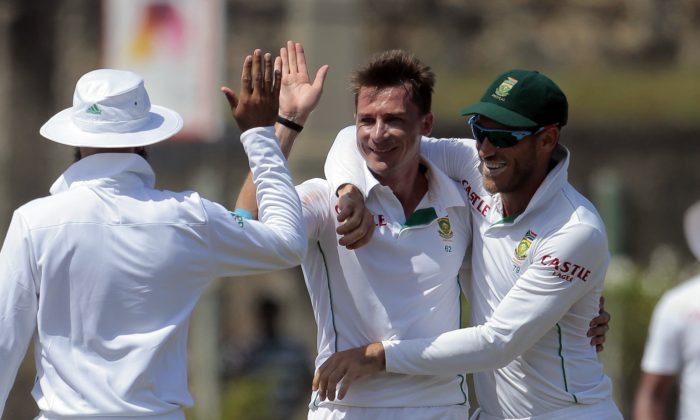 Sri Lanka takes on South Africa in the 2nd Test between the teams, starting on July 24.

The Test will be broadcast on SuperSport in South Africa, Ten Sports in Sri Lanka, OSN in the Middle East, and PTV Sports in Pakistan.

South Africa won the 1st Test by 153 runs, after winning the 3 ODI Series between the teams earlier this month.

The 2nd Test will run through Monday, July 28.

Sri Lanka has made an adjustment by bringing in uncapped wicketkeeper-batsman Niroshan Dickwella to replace Dinesh Chandimal, reported CricInfo.

“Chandimal has kept wicket in the last two Tests, after Prasanna Jayawardene sustained a broken finger, but while his keeping has been tidy, he has not produced consistent runs. He hit 45 off 55 balls in the first innings at Headingley, but has been out hooking in single figures in each of his three innings since. He has appeared shaky against the bouncer since Junaid Khan had him out hooking twice in the Test series in the UAE, in January,” it reported.

“Dickwella, 21, has been a rising star in domestic cricket, and had progressed directly to Premier League competition from school cricket. An attacking top-order batsman for Nondescripts Cricket Club, Dickwella has three first-class centuries and five fifties at an average of 34.45 in 35 innings.”

After this game, Sri Lanka will prepare to take on Pakistan at Galle starting on Wednesday, August 6.

South Africa will be playing Zimbabwe starting on Saturday, August 9.