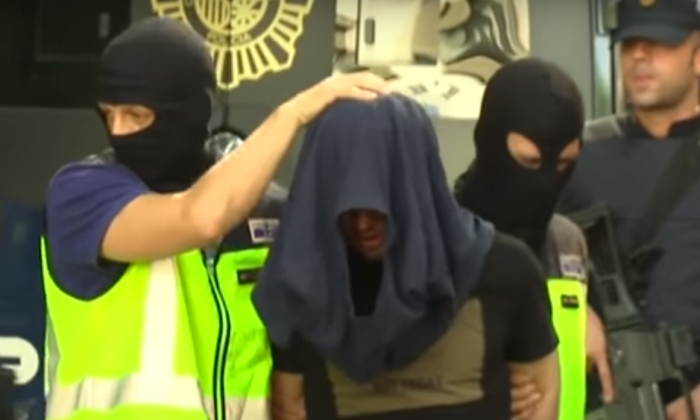 One had a suicide bomber’s training manual. The same man had a large collection of other extremist literature.

The other two men lived with the would-be bomber. All three were from Morocco.

Moroccans have been involved in recent attacks in London, Paris, and Brussels.

The police released video showing the raid. Officers in riot gear stormed the apartment. Then, men wearing white robes and motorcycle helmets were dragged out in cuffs.

The Spanish government said the prime suspect was extremely dangerous. His profile was similar to the terrorists who carried out attacks recently in Great Britain and France.

The Spanish Interior Ministry said the prime suspect had links with ISIS.

The Interior Ministry also said the man had tried to recruit others for a terrorist attack in Spain.

“We have nothing to indicate he was going to attack immediately but it’s certain his radicalization was extreme and he had all the training and information to carry out an attack,” Interior Minister Juan Ignacio Zoido said on Spanish National Television.

After the raid, neighbors of the terrorist suspects expressed relief.

“Police did their job, a good job,” said one neighbor, identified only as Carlos. “Now we can be a bit more relaxed.”

Spain, like its neighbor France, has been on high alert for terror attacks since 2015. The government lists the threat level at four of a possible five.