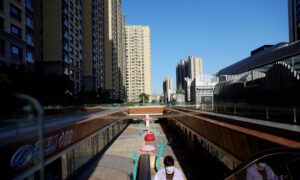 The lawyer representing the plaintiffs, Jose Elias Esteve, hailed the decision as “a victory and a relief in a way for those Tibetan victims, but also a victory in the fight against impunity and a way of strengthening international law and human rights.”

As a result of Tuesday’s decision, any nation that has an extradition treaty with Spain will be obligated to arrest those charged by the Spanish National Court. In addition, the Chinese officials may be subject to having bank accounts preemptively frozen, according to a statement by Tibet Patria Libre, which reported on the case.

The international arrest warrants were issued against four other communist leaders, in addition to Jiang Zemin: Li Peng, Prime Minister during the crackdown in Tibet in the late 80s and early 90s , who is also known for his role in the Tiananmen Square massacre; Qiao Shi, former security chief and head of the Chinese People’s Armed Police during the period of martial law in Tibet in the late 80s ; Chen Kuiyuan, party secretary of Tibet Autonomous Region from 1992-2001, known for his hard-line stance against religion and Tibetan culture; and Peng Peilun, who was the minister of Family Planning in the 1990s .

For Esteve, the court’s decision is the result of seven years of building a case that genocide is taking place in Tibet.

The lawyer told The Epoch Times that the court’s action is a sum of “all direct testimonies of Tibetan victims who have testified before the judge, direct witnesses who have effectively said that these killings have occurred in Tibet and also all the interrogatory letters that have been sent to various countries around the world to interview other voices that were unable to come to Spain.”

A report by the International Campaign for Tibet (ICT ), ratified before a judge in Madrid in December 2012, described in detail who was in command since the imposition of martial law in Tibet.

Leaders were accused of a campaign of torture and a climate of fear in addition to “patriotic education systematically forcing Tibetans to denounce their exiled leader, the Dalai Lama,” according to Tibet Patria Libre.

The decision was reached by application of the principle of universal jurisdiction, which empowers courts to hear cases of such seriousness that all of humanity is said to have a stake in their outcome, such as crimes against humanity or genocide.

One of the plaintiffs in the case is a Tibetan who is a naturalized Spanish citizen. Spanish law was revised a few years ago to require that any case heard in Spanish courts have a local, Spanish connection.

In another legal ruling also announced on Nov. 18, the National Court “ordered that the former leader Hu Jintao be informed of his indictment [for genocide] and sent a interrogatory letter on his policies in Tibet through the Chinese Embassy,” reported Tibet Patria Libre.

Hu Jintao was found guilty of genocide by Spain’s National Court on Oct. 9.

Jiang Zemin also has a case in the Division III of the Court of Cassation in Argentina, reopened in April, for the genocide carried out by the Chinese communist regime against practitioners of the spiritual movement Falun Dafa.

Foreign Ministry spokesman, Hong Lei responded (as quoted by the Spanish press agency EFE) to the Nov. 18 decisions by saying, “We hope the relevant parties in Spain take China’s concerns seriously , and not cause damage to this country or the relationship between China and Spain.”

The lawyer Esteve said, “When these violations take place, and in this case inside China they are occurring both in Tibet and against Falun Gong, there is no doubt that the international community must mobilize and try to establish the liability of those who are guilty of all this.”