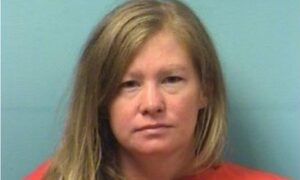 By Ian Ritz
Print
Space shuttle Atlantis has clearance for liftoff Friday, and a live count down for the take off has been posted on NASA’s official website.

The space shuttle is all systems go for the launch that will officially start mission STS-132. The launch is set for 2:20 p.m. May 14, and NASA officials seem optimistic about the spacecraft's future.

"We've had a very clean countdown so far and we're currently on schedule, and we're not working on any issues," said NASA Test Director Jeremy Graeber in a press release.

Space shuttle Atlantis is at NASA's Kennedy Space Center in Florida, where the weather conditions are fair. The support structure around the spacecraft will be pulled away from Launch Pad 39A at 5:30 p.m. on Thursday.

Mission STS-132 is a follow-up to the earlier mission completed by the space shuttle Discovery. It aims to deliver additional supplies needed at the International Space Station.

Six astronauts will head to the station while transporting a Russian-built Mini Research Module and an Integrated Cargo Carrier. The research module will be attached to the space station. Once attached, it will be used for additional storage and as a docking area for future spacecrafts.

Mission STS-132 is scheduled for a 12-day journey.

Three space walks are planned for the crew of Atlantis. This will be the final flight for the space shuttle Atlantis, according to the NASA website.