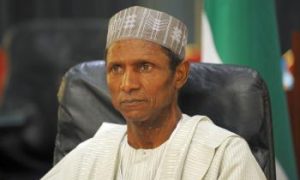 Nigeria In Turmoil During President's Absence
0 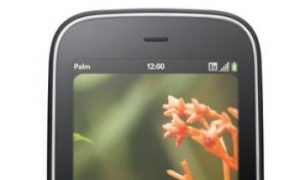 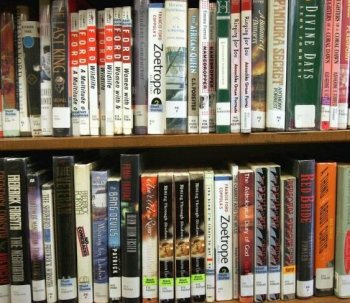 Books sit on a shelf at the Brooklyn Public Library. 'Huck Finn' is widely considered to be a great American novel. Huck is immersed in his racist time of the 1840s, breathing in and exhaling its vile language as we breathe air. (Spencer Platt/Getty Images)
Opinion

Mary Silver
Print
Huck Finn is widely considered to be a great American novel. Huck is immersed in his racist time of the 1840s, breathing in and exhaling its vile language as we breathe air. When he decides he would rather ruin his immortal soul than do “the right thing” and turn his protector Jim over to runaway slave catchers, it is one of the best moral moments in literature.

Yet, if I were a teacher, I would not assign it. To afflict children and teenagers with a certain word the book contains—no.

That does not mean a bowdlerized version should be published. Let people read the real thing on their own.

Yet Dr. Alan Gribben, the Twain scholar who decided to publish the new version, makes a good argument—based partly on the many teachers who said they would not assign it because of racial slurs. It is among the 10 most frequently banned or challenged books, according to the American Library Association.

In the book’s introduction, Gribben quotes African-American poet Langston Hughes, who wrote that the word must leave all literature and speech.

Columnist Leonard Pitts wrote a comparison on Thursday of how Jewish people have institutionalized the history of the Holocaust, with museums, oral history projects, and books, with how black people sometimes say they want to forget American slavery and segregation. Pitts said he visited Auschwitz and was surprised by how many students were touring the former Nazi death camp. Some came to see it wrapped in the Israeli flag, he said.

Pitts quoted Maryla Korn, a Holocaust survivor, who said to Washington Jewish Week, “Maybe by talking and telling our stories, we can restrain another little monster from coming up. How can you not talk?”

Yet many do not want to talk about what some have called America’s original sin.

Twain did want to talk about it. His nearly illiterate 12-year-old hero accepts a monstrous social system as normal. Nothing could have thrown a clearer light on it. If an abolitionist narrated the story, it would lose its power.

That well-intended Twain scholar who is publishing the clean version should keep his hands off Huck and his dreadful mouth. People need the truth, both about history and about the present.

Pitts said he started his column intending to criticize Mississippi Gov. Haley Barbour, who told The Weekly Standard that citizens councils were benign groups of civic leaders in the South. That is not correct: they were officially more respectable than the terrorist KKK (Klu Klux Klan), but shared the KKK's goal of upholding segregation and intimidating those who wanted to end it.

Pitts said if African-Americans do not tell their own stories, other people will tell them, and distort them, as Haley did. He wants African-Americans to study and share their toughest experiences, as Jewish people do.

Pitts is right. The great writer Mark Twain was not African-American. The great writer Frederick Douglass would not have written the story like that, because he would have felt in his bones how much that word hurts. Still, I don’t think 21st century scholars should change Twain’s work. It is part of history, and should stand unaltered.

You can handle the truth.