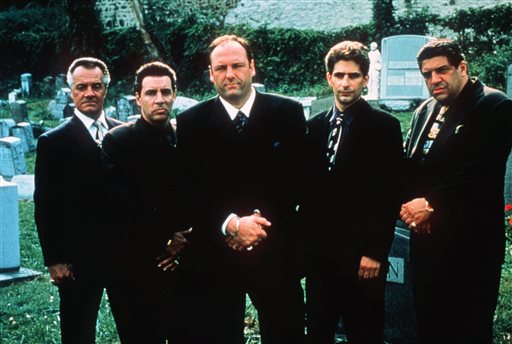 The Sopranos won’t be coming back as a remake, but a viral story published on a satirical website is confusing many. This undated publicity image released by HBO shows, from left, Tony Sirico, Steven Van Zandt, James Gandolfini, Michael Imperioli and Vicint Pastore,from the HBO drama series "The Sopranos." HBO and the managers for Gandolfini say the actor died Wednesday, June 19, 2013, in Italy. He was 51. (AP Photo/HBO, Anthony Neste, file)
Life & Tradition

The Sopranos won’t be coming back as a remake, but a viral story published on a satirical website is confusing many.

The bogus article was posted on National Report, which describes itself as satire. The website took down its disclaimer months ago.

The disclaimer used to say: “*DISCLAIMER: National Report is a news and political satire web publication, which may or may not use real names, often in semi-real or mostly fictitious ways. All news articles contained within National Report are fiction, and presumably fake news. Any resemblance to the truth is purely coincidental . The views expressed by writers on this site are theirs alone and are not reflective of the fine journalistic and editorial integrity of National Report. Advice given is NOT to be construed as professional. If you are in need of professional help (and you may be if you are on this page), please consult a professional. National Report is intended for a mature audience and not for children under the age of 18.”

“The Sopranos is being remade? Why can’t Hollywood do something original for a change? Everything these days is a franchise, reboot or remake,” said one.

Wrote another, “I can believe they are remaking the sopranos. You can’t remake a classic like that, especially without James Gandolfini.”

Here’s what the National Report article, in part, said:

A fall 2015 remake of the HBO series The Sopranos has begun production with actor Val Kilmer cast as mob boss Tony Soprano, according to television industry insiders. Kilmer, known for 1995’s Batman Forever and director Oliver Stone’s 1991 rock biopic The Doors is confident that The Sopranos II, an eight-part miniseries, will add new fans to the millions who remain devoted to the original.

The Sopranos became one of television’s most successful programs during its six-season run; famously ending in 2007 with a still discussed and hotly debated ten-second blackout, which sent viewers scrambling to adjust their sets and check their cable connections. The late actor James Gandolfini portrayed New Jersey family man and mob boss Tony Soprano, constantly pulled in several directions by two families – his own, and the organized crime family he led.