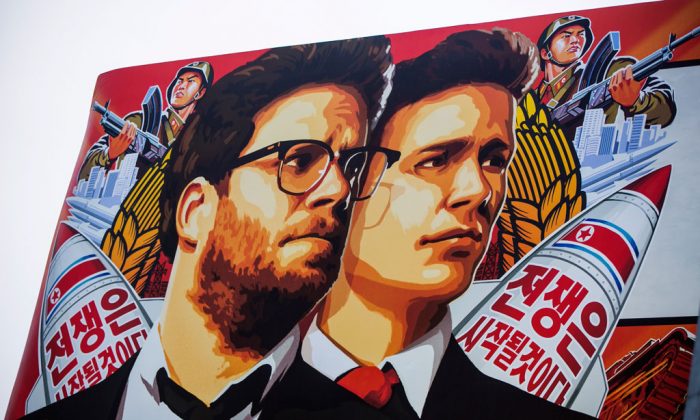 A banner for "The Interview" is posted outside Arclight Cinemas, Wednesday, Dec. 17, 2014, in the Hollywood section of Los Angeles. (AP Photo/Damian Dovarganes)
Tech

Sony Scores $1 Million in Ticket Sales for ‘The Interview,’ but VOD Could Be the Big Winner

Releasing the controversial movie “The Interview” was a tough decision for Sony Pictures. They initially canceled it pending an FBI investigation. The studio eventually reconsidered after public criticism of caving in to the hackers’ demands, but only 331 small theaters chose to show it on Christmas, with major chains still holding out.

In addition to the theatrical release, Sony also made it available on Google Play, Xbox Video, and Youtube, but was limited to U.S and Canada. Soon after that, people from all over the world flocked to p2p sites to download the movie, which is not that surprising, considering how much buzz it got from recent events.

While not exactly a resounding success, the pro-assassination comedy drama managed to pull $1 million in ticket sales, a decent amount if you take into account the scale of its release. One million people renting it online could bring a few more million in, but it’s still far from covering the $90 million incurred from making and marketing the movie.