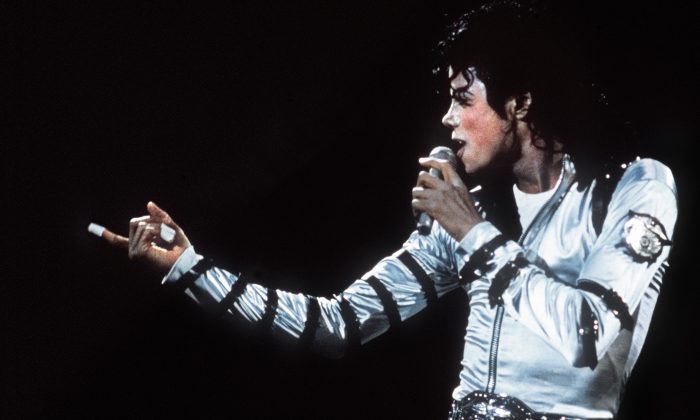 (FILES) US pop star and entertainer Michael Jackson performs during a concert at the historical Berlin Reichstag on June 19, 1988. (Photo/AFP/Getty Images)
Entertainment

Sony has reached an agreement with Michael Jackson’s estate to obtain the pop star’s 50 percent stake in a publishing catalog for $750 million.

Publishing rights give the stakeholder authority over how music and lyrics are applied into radio, TV and film. The deal for the singer’s share of the Sony/ATV Music Publishing catalog will give Sony sole ownership of works by artists including The Beatles, Bob Dylan, Taylor Swift, Wyclef Jean, and Eminem.

The deal comes more than a decade after Jackson bought the ATV segment of the catalog for $41.5 million.

“This agreement further demonstrates Sony’s commitment to the entertainment businesses and our firm belief that these businesses will continue to contribute to our success for years to come,” said Sony Corp. president and CEO Kazuo Hirai in a statement.

The deal comes more than a decade after Jackson bought the ATV segment of the catalog for $41.5 million, which he then merged with Sony.

“When Sony first partnered with Michael Jackson 21 years ago to create Sony/ATV Music Publishing, we knew that this company had the ability to reach great heights,” said Michael Lynton, CEO of Sony Entertainment, Inc. in a statement.

“This acquisition will enable Sony to more quickly adapt to changes in the music publishing business, while at the same time continuing to be an unparalleled leader in the industry and a treasured home for artists and writers,” he continued.

The agreement should help rid the Jackson estate of the debt carried on since his death.

When the pop star died in June 2009 at age 50, he was hundreds of millions of dollars in debt. The agreement should help rid the Jackson estate of the debt carried on since his death. The estate benefits his mother and three children, Prince, Paris, and Blanket.

“This transaction further allows us to continue our efforts of maximizing the value of Michael’s Estate for the benefit of his children,” said the co-executors of Jackson’s estate, attorney John Branca and music executive John McClain in a statement.

“It also further validates Michael’s foresight and genius in investing in music publishing,” they added.

On the other hand, the deal should strengthen Sony’s stance as a music publisher.

The deal does not include rights to the late singer’s master recordings or songs he wrote. Jackson’s estate will continue to have its ownership interest in EMI Music Publishing.

The process of the sale, which was initiated on September 2015, is expected to finalize at the end of March.

According to Sony, the agreement will not have a material impact on its consolidated results forecast for the fiscal year ending March 31, 2016.