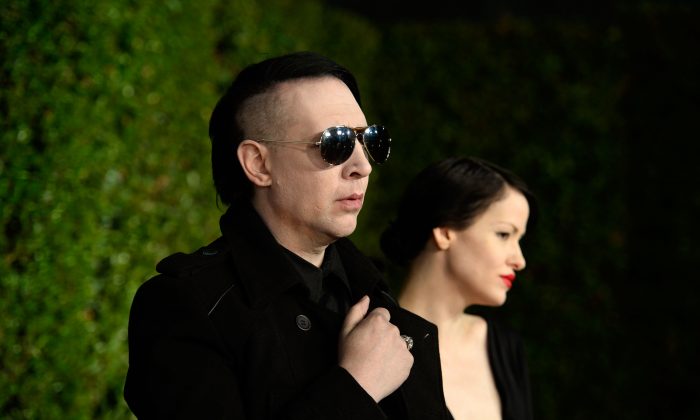 Marilyn Manson, in a file photo, will be part of the final season of Sons of Anarchy season 7. (Getty Images)
Entertainment

Sons of Anarchy season 7 will include at least two new cast members.

That would be Marilyn Manson, who landed a recurring role as white supremacist Ron Tully. Jax uses Tully, a prison shot-caller, to expand his power base.

Manson will make his debut in the premiere.

“Sons has been such a big part of my life, as well as my father’s,” Manson says in FX’s announcement. “So I was determined to make him proud by being involved in what will probably be remembered as the most amazing piece of television cinema. After all, the very heart of SOA is about that relationship. So, now all I need is a motorcycle.”

Also Annabeth Gish, known for playing Charlotte Millwright on The Bridge, has been added as the new sheriff.

Sheriff Eli Roosevelt was killed in the season 6 finale.

TVLine previously reported that the new sheriff, named Alice Johnson, is a fit Caucasian 4-something who is serious about her work but also has edgy humor.

Season 7 is slated to premiere in September 2014.