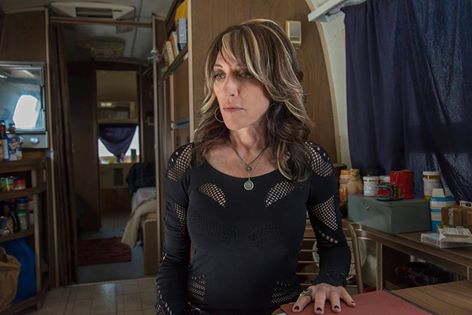 Jax (Charlie Hunnam) might not kill Gemma (Katey Sagal) when he finds out that his mother killed Tara, Hunnam said in a new interview. (FX)
Entertainment

Sons of Anarchy season 7, episode 2 is set to air on Tuesday night, and apparently things are going to get more violent.

“It just gets more bloody,” showrunner and creator Kurt Sutter teased on Twitter.

“Who takes the bullet?” he added, posting an Instagram that shows Jax with a gun.

“SAMCRO solicits help from another Charter to get a messy job done,” according to the official description.

And Kim Coates told E! News that Tig will survive, at least until the ninth episode. But there’s lots of deaths coming.

Also, news came out that the season 7 premiere was the most watched program in the history of FX.

The episode drew 9.25 million total viewers and 6.1 million in the adults 18-49 demographic. Combined with encore runs, it delivered 10.6 million viewers, including 7 million in the 18-49 adults.

“The Season 7 premiere of Sons ranks #2 among all scripted series debuts on cable this year (CY 2014-to-date) in Total Viewers and Adults 18-49 behind The Walking Dead and ahead of Game of Thrones,” according to the network.